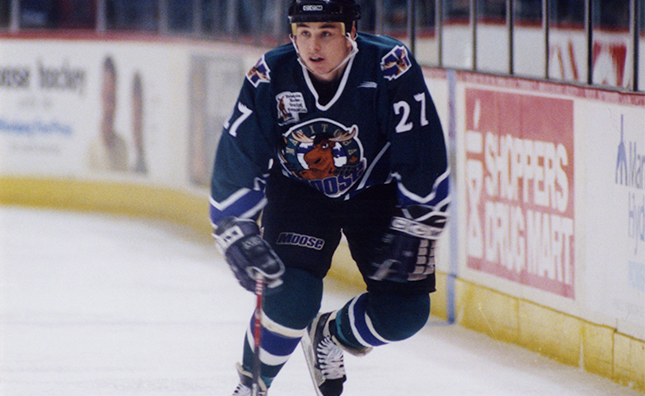 On July 11, 2019 the Windsor Spitfires announced Bill Bowler as the club’s General Manager and Vice-President of Hockey Operations. Bowler’s first season leading the OHL franchise was anything but ordinary.

“Last year, obviously with COVID, it was a different year,” said Bowler. “Nonetheless, very gratifying and I’m honoured to have that position here.”

The OHL announced the conclusion of the 2019-20 season in March due to the COVID-19 pandemic. In light of the cancellation, Bowler’s inaugural season as GM was put to an abrupt halt.

“It’s unfortunate,” said Bowler. “Not only in hockey but across society. We’re just a small part. It’s frustrating, it’s disappointing because there’s a lot of young people here and this is what they’ve worked for. As stated, there’s a lot worse that could have happened to us or the organization. We’ve dealt with it like everyone else and we’re just hoping that we can get back to normalcy. Again, it’s about the young people here and their opportunity. That’s where it was a little disappointing because some of our young players missed out on their last couple months of junior hockey.”

Accepting the position of general manager for the Windsor Spitfires was especially meaningful for Bowler. He spent the early years of his playing career with the franchise while also working behind the bench as an assistant coach during the 2005-07 seasons.

The Toronto, Ont. product suited up with Windsor for four seasons (1991-1995) and collected 467 points (149G, 318A) during 250 career OHL games. Bowler remains the Spitfires’ franchise leader in points while also holding the record for most assists in a single season when he racked up 102 helpers during the 1994-95 campaign.

Former Spitfires general manager Warren Rychel held the position for 13 seasons. Bowler joined the Spitfires front office during the 2016 campaign as Vice-President of Business of Hockey and worked alongside Rychel for three seasons. During this time, Bowler was able to shadow and learn from Rychel while preparing for the day that he would hold the leadership position. 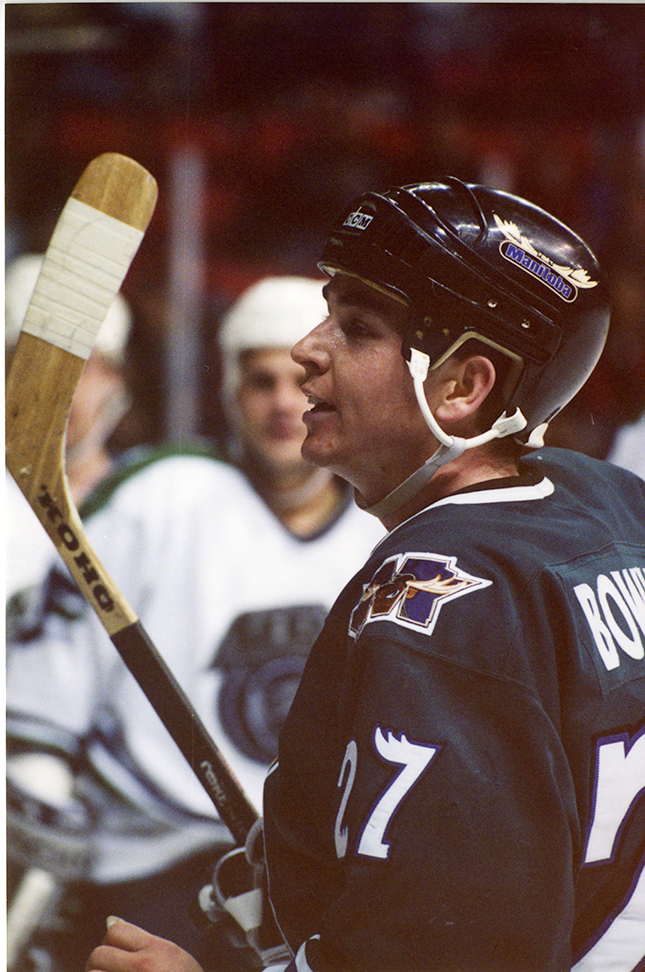 Following Rychel’s longstanding reign, Bowler strives to create his own legacy within the club. He draws inspiration from teams he has appeared with in the past as a player or staff member for the team atmosphere he wants to uphold. He specifically noted the impact of his time with the Manitoba Moose.

“It was arguably my best experience as a professional,” said Bowler. “Just overall the way the Moose treated their players and the player environment that they created was second to none. To be quite honest a lot of how I operate now I remember and lean on some of those memories I have with Zinger, Randy {Carlyle} and Mark Chipman. They ran a first-class organization where they treated the families and the players unbelievable and because of that I think the players loved playing there. I just speak for myself, you don’t realize until you go to different places or you’re away from hockey with different companies, that’s why I speak so glowingly because it was an amazing time for myself.”

Bowler played for Manitoba during the 1997-2000 seasons and posted 189 points (55G, 134A) in 187 career games with the Moose. Bowler also stamped his place on Manitoba’s franchise leader board currently ranking in the top-10 in points, assists and power play goals.

“You just don’t realize how good certain places are,” said Bowler. “As I said I’ve been a part of different organizations as a player, coach and professional and without a doubt the Manitoba Moose were at the top.”

Bowler retired from his professional playing career following the 2002-03 season due to an injury. With the forced decision of exiting the game not one he made on his own terms, Bowler’s desire to stay in the game was ignited, even if it meant a career off the ice.

“That’s the debate,” said Bowler. “What do you do? Especially when it comes sudden or abruptly, it hits a little quicker. As mentioned, I stayed in the game, it’s what you know and it’s what you enjoy, there’s a passion there. I immediately got into coaching after I was done. And it obviously led me to the OHL.”

Bowler has embraced his playing career as a learning experience and a guide for the atmosphere he hopes to establish for the Spitfires office and locker room.

“Really create a player environment,” said Bowler. “Similar to what we’re talking about with the Moose. I want when they leave our program, that they speak highly and come back and give back to the Windsor Spitfires. You know, only a certain amount of players off our roster will be National Hockey Leaguer’s and there’s 23 men on this roster. We have to make sure we’re developing quality young people and that’s my main focus. By doing that I’m confident we’ll win more games than we lose.”