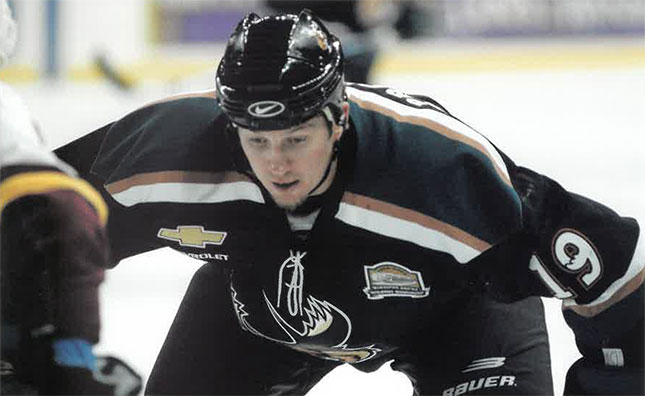 “This is how it is supposed to feel.”

Changing career paths after playing 12 seasons of pro hockey can be a difficult adjustment. However, for former Manitoba Moose centreman Sean Pronger, the shift came quite naturally.

Pronger’s next professional endeavour came to fruition following a difference of opinion between himself and his older brother, Chris.

“It started off as a blog,” said Pronger. “My brother had a website, I think it was chrispronger.com, and it was a way for him to communicate to the fans and the people in the hockey world. He was trying to get other people to contribute content and after he was bugging me to do it. I just didn’t have anything to say. Then he wrote about basically what training camp is like for him. As an elite player in the NHL it’s a lot different experience from when you were a grinder like I was just trying to make the team.”

This sparked a desire in Pronger to write the other side of the story. There was a group of players that Pronger felt was left out of his brother’s description of an NHL training camp and he wanted to share it. 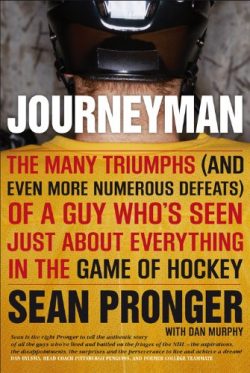 The former player grew fond of writing and the blog post eventually developed into a book called “Journeyman.”

In the book, Pronger detailed major turning points in his career including a strenuous training camp, a multitude of trades and untimely injuries. As he wrote the book, Pronger reflected on trying moments by putting difficult events into words. He acknowledged it was what he needed to heal from the past and give painful experiences less power as he tried to move on.

One of the career highlights Pronger reminisced about fondly includes his time in the National Hockey League. Pronger suited up with seven different NHL clubs and totalled 59 points (23G, 36A) in 260 career games.

“It was a tremendous honour, and it wasn’t easy to get there,” Pronger said. “I think that’s kind of the point. It’s not easy and there’s something to be said for sticking to it.”

During the 1999-00 season, the Boston Bruins dealt the then Providence Bruins captain’s AHL rights cross-league to the IHL’s Manitoba Moose.

Unlike previous seasons, Pronger stayed put for a while. He finished the 1999-00 campaign with the Moose as well as the following 2000-01 season.

Pronger credited his second season in Winnipeg with reigniting his passion for hockey. After bouncing around across the league, notably during the 1998-99 season he appeared with three different NHL clubs, the time he could spend on investing into a team meant everything.

“It just felt like home to me,” said Pronger. “The organization is first class. We had a great group of guys that were there, and the coaching staff is great. It was just fun again. Like this is how it is supposed to feel.”

Pronger spent three seasons with the Moose (two in the IHL, one in the AHL) and totalled 79 points (38G, 41A) in 164 career games with the club. Pronger is tied for first on Manitoba’s all-time single season leaderboard by playing all 82 games during the 2000-01 campaign. He also paced the club with five game-winning tallies that season.

Pronger was further motivated by the experience and sense of camaraderie he felt from his teammates during his time with the Moose. 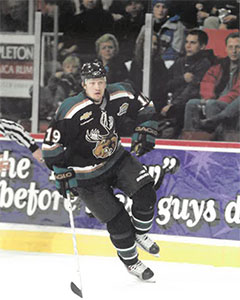 “There were a lot of guys that were just really good leaders.” said Pronger. “You’ve got {Brian Chapman}, {Brett} Hauer, Ken Wregget, Dan Kesa… There’s certain guys that you just feed off their energy. {Jimmy Roy} was one of those guys. You see how hard he plays, and it makes you want to play harder.”

Pronger also had a special connection to Winnipeg because he spent time traveling to the city during his younger years to watch hockey. Family and friends were able to visit frequently from his hometown of Dryden, Ont. to watch Pronger play. In moving closer to home to be reunited with family, while also gaining new friends and mentors in the city, Pronger felt re-inspired.

“If I hadn’t gone to Winnipeg,” Pronger said. “I don’t think I would have lasted another year of playing hockey.”

Pronger currently lives in Orange County California with his wife Marnie, daughter Kaia and son Vann. He is the Regional Vice-President for Starwood Capital Group, a company that specializes in real estate investments. Pronger credits his hockey career as an important path to becoming the person he is today.

“Journeyman: The Many Triumphs (And Even More Defeats) of a Guy Who’s Seen Just About Everything in the Game of Hockey”, by Sean Pronger, is available in bookstores and in e-book formats.