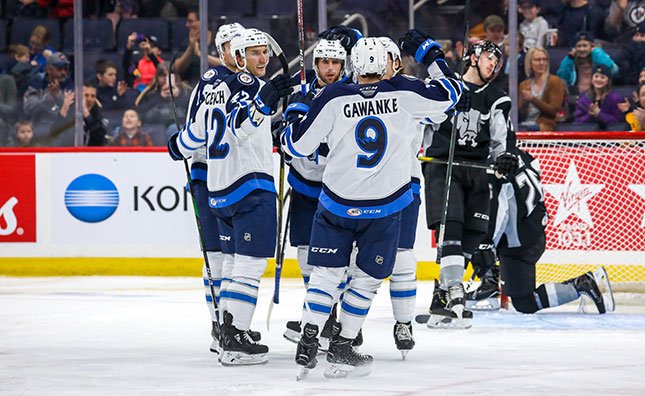 Peter Stoykewych grew up in Winnipeg, went off to Colorado College to play NCAA Division-1 hockey, and returned to Winnipeg to play for the Manitoba Moose.  Stoykewych was named captain of the Moose in 2018, and is the second Winnipegger to hold the post in franchise history. The 27-year-old, who started playing at Sir John Franklin C.C., wrote a column in Game On Magazine in order to give readers a first-person insight into the world of pro hockey.

One of the most unique parts of a hockey team is “team chemistry”. Every successful team I’ve ever played on had chemistry, and the teams I played on that didn’t achieve success, didn’t have it. It’s talked about on TV, in the newspaper, and online – but what really is team chemistry?

Throughout my career, I’ve been fortunate enough to be in a leadership role during every stage of my journey. From peewee to pro, being the captain of a team has always meant a lot to me and I’ve accepted the responsibilities that come with it. One of the roles of anyone in a leadership position is to make sure team chemistry allows the group to flourish, or at the very least, does not inhibit a team’s performance on the ice. What I learned very early in this process, is the impact one single player can have on a team.

These unique players, ones who captivate any room they walk into, are the key to chemistry. Some teams have many of them, others very few. These personalities are crucial to bringing the rest of the group together. Often referred to in the hockey world as “glue guys”, these players are the ones everyone in the room would do anything for. Most often because they feel that player would do the same for them. Everyone knows someone like this in whatever walk of life you are in. These charismatic, honest, and usually funny, people draw in those around them and are the foundation of a positive team environment. They can be leaders and one of the team’s best players, like Patrice Cormier, or tough, grinders like Darren Kramer. These are two players in my pro career who immediately come to mind. 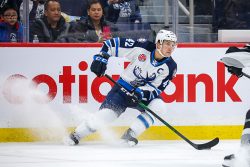 Professional environment provides different challenges than other levels of hockey. All of a sudden, you’re entering a room where you have multiple nationalities in the group. Each player grew up in different circumstances with different experiences and customs. This international conglomeration of players provides its own unique challenges. Cultures, norms and personalities differ, and it takes constant effort to get everyone on the same page without hindering players’ natural instincts to be themselves.

The difficulty of achieving this chemical nirvana in the room constantly changes. One challenge is the continual roster changes in pro hockey. Having older and more experienced players in the room allows the team culture to be assimilated into the newly arriving players quickly and efficiently. The quicker everyone understands their roles and responsibilities, the quicker the team achieves chemistry. If the past is any indication, when we get there, it’s only a matter of time until the on-ice success follows.