On Tuesday we started my list of favourite games from the 2015-16 season. Today we continue on with some of the other games that really stood out from the return year of the Moose. 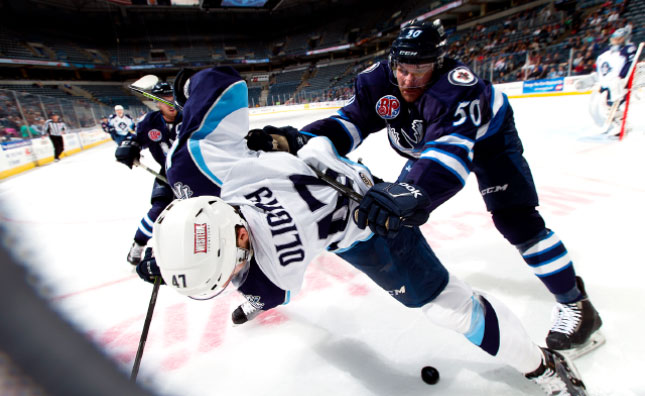 MILESTONE IN MILWAUKEE (vs. Milwaukee – Oct. 29)

The Moose beat the Admirals 3-2 on a quiet late-October Thursday night in Milwaukee, but it was no ordinary success.

That win was the first for the Jets’ AHL affiliate since the move from St John’s and it was a gutsy effort.

Matt Halischuk, a former Admiral, scored just 23 seconds into the game and Joel Armia cashed in just over six minutes later to double the advantage.

Milwaukee stormed back tie it 2-2 before the first period was over, outshooting Connor Hellebuyck and the Moose 13-7 and posing a major threat to the psyche of a visiting team winless in six to start the season.

Brenden Kichton scored the eventual game-winner in the middle frame and the Moose PK was great in a nail-biting third period that they survived for a 3-2 history making first win. 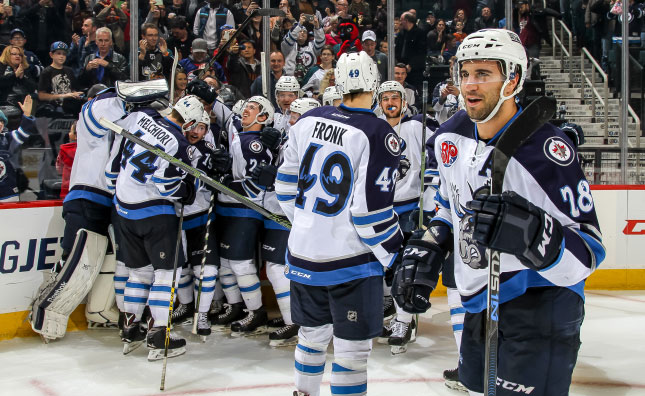 Five games into their home schedule the Moose were still searching for an MTS Centre win for their fans.

But approaching mid-November the Chicago Wolves came to town and things would change for the better.

After Scott Kosmachuk opened the scoring, the Blues’ AHL partners picked up two straight and took a 2-1 lead into the third period.

Czech rookie Jiri Fronk scored a beauty to tie it with just over half a period to go in regulation, and Eric Comrie matched Phoenix Copley save for save until a couple of minutes into the OT period.

That’s when Chase De Leo broke up a Chicago rush allowing Josh Morrissey to fire a terrific pass to Joel Armia from his own zone to just shy of the Wolves’ blueline and the talented Finn took care of the rest.

A breakaway game winner that sent all the players into a major celebration on the ice, and sent yet another great MTS Centre crowd home happy. 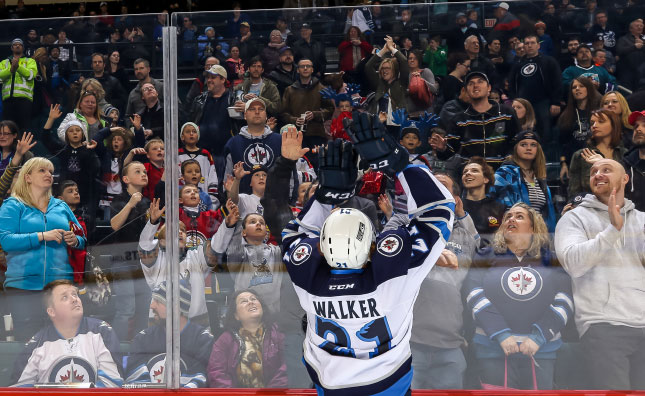 If you were at the last home game of the season you know it was something special.

It was Fan Appreciation Day and it definitely turned out to be a day to remember for fans, staff, and players alike.

Dealing with injuries and call-ups down the stretch, the Moose had some players back from the Jets and several PTO’s and ATO’s in the lineup as they hosted a Rockford team pushing to improve its playoff seeding.

Despite not having a ton of time together, the team fought hard overcoming 2-0 and 4-2 deficits.

Chase De Leo’s powerplay goal tied the game early in the third period before Dan DeSalvo (ECHL All-Rookie team member for is work with the Tulsa Oilers this season) scored the game winner with less than three minutes left.

Brenden Kichton had a goal and two assists in the win, extra impressive considering he’d returned from a spell with the big club in the wee hours of that morning.

The win not only made for good theatre, but set the table for a wonderful post-game atmosphere where players tossed souvenirs into the stands and raised their sticks at centre ice to salute those who stood by them so well over the course of the season. 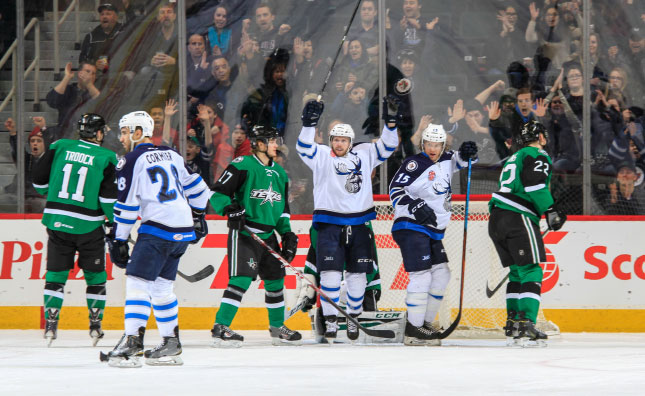 Since the total list is five games long that leaves 71 others on the outside looking in and no opinion-based list will satisfy everyone.

Even now I’m thinking of plenty of others that I enjoyed along the way so here’s one more before I go on to long.

The Moose were up 3-1 on the Stars when Texas scored five in a row to take a 6-3 third period lead.

But, confident in the way they were playing that night, Manitoba roared back and Julian Melchiori’s knuckleball tied the game at 6-6 near the end of a bizarre third period.

In the end Texas snuck out with the extra point after a shootout, but what a game!

Oh yeah and remember the time…there certainly were many incredible moments this past season.