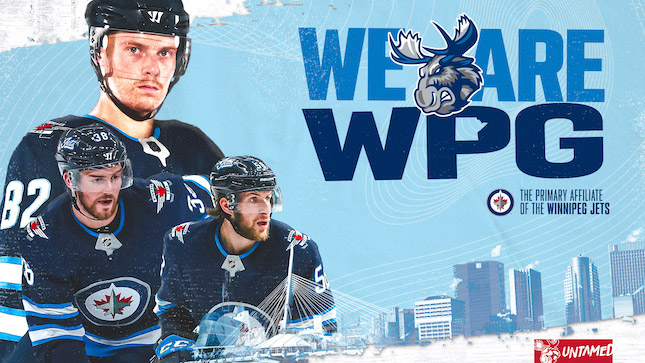 With the 2020 Stanley Cup qualifying round just around the corner, the Winnipeg Jets are getting ready to hit the ice with 14 players who spent time with the Manitoba Moose at some point during their careers.

Kyle Connor played in 56 games and scored 28 goals along with 21 assists with the Moose. Connor was named Manitoba’s 2017 Most Valuable Player and Rookie of the Year and only played four games with Manitoba in the 2017-18 season before being recalled by the Jets. 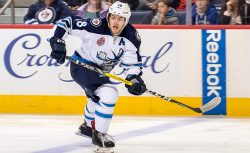 Andrew Copp had a brief stint with the Moose at the beginning of the 2016-17 season. The Ann Arbor, Mich. product registered five assists in eight games played before being recalled by the Jets in November.

Following his NHL debut and earning a bronze medal with Sweden at the 2020 IIHF World Junior Championship, David Gustafsson was assigned to the Moose to continue his development. In the 2019-20 season, Gustafsson had two goals and five assists in 13 games played. The young centreman posted points in each of his final four games of the AHL campaign.

Jansen Harkins was a part of the Moose from 2015-2019. The 23-year-old suited up in 156 games and registered 27 goals and 55 assists for 82 points. Harkins broke out this season, recording 31 points, tallying seven goals and 24 assists in just 30 AHL games before joining the Jets for the rest of the season. The North Vancouver, B.C. product was recognized by the AHL with the CCM/AHL Player of the Month Award for November. He was also awarded the team’s FloForm Countertops Most Valuable Player this past season.

Adam Lowry also spent a short amount of time in antlers during the 2015-16 season. After joining the team in December, Lowry put up four assists in three games before quickly being recalled by the Jets. Lowry spent most of his AHL time with the St. John’s IceCaps, posting 34 points (17G, 17A) in 73 games. 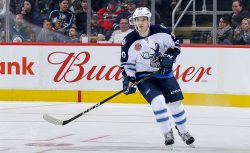 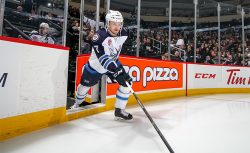 Josh Morrissey had a productive 2015-16 season with the Moose. The Calgary, Alta. native suited up in 57 games and scored three times while chipping in with 19 helpers for 22 points. The Moose named Morrissey the club’s winner of the Julian Klymkiw Community Service Award that season.

Sami Niku ranks eighth among the franchise’s defencemen in scoring with 80 points despite having played just 114 games with the club from 2017-20. The Haapavesi, Fin. product scored 22 goals and had 58 assists while patrolling the Moose blue line. Niku became just the second rookie ever to win the AHL’s outstanding defenceman award in the 2017-18 season and claimed an AHL First Team All-Star nod.

Mikhail Berdin has been with the Manitoba Moose since the 2018-19 season. The young goaltender has appeared in 65 games and has a career 2.70 goals against average and a .916 save percentage. Berdin was named the team’s Rookie Of the Year for the 2019-20 season after being tied for the league lead in games played by a goaltender, and tied for sixth with 20 wins.

Eric Comrie has been in the Manitoba Moose crease since the team returned to Winnipeg in the 2015-16 season. Comrie has suited up in 199 games with the team (including five games with the IceCaps) and sits at 83 wins, one victory away from tying the franchise leader, Corey Schneider. Comrie has also been the recipient of the Moose Three Stars Award, Community Service Award, and also became the franchise leader in games played by a goaltender in 2018. 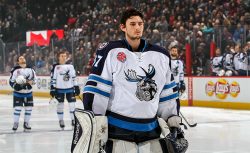 Connor Hellebuyck had a stellar 2015-16 season with the Moose. He took the crease in 30 games, while holding a 2.49 goals-against average and a .922 save percentage while recording 13 wins and four shutouts. Hellebuyck was also named the teams Most Valuable Player award that season. The previous campaign was just as strong for Hellebuyck out in St. John’s where he posted a 28-22-5 record with six shutouts, supported by a 2.58 goals-against average and a .921 save percentage.

Also joining the Jets in Edmonton is current Moose head coach Pascal Vincent, who recently completed his fourth season behind the bench in the AHL, and ninth season with the organization. Vincent was awarded the Louis A. R. Pieri Memorial Award as the most outstanding coach during the 2017-18 AHL Season and has coached the Moose to a 137-126-26 record. 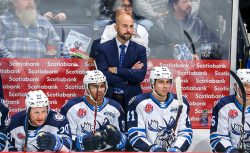