PRACTICE REPORT: Moose Look to Get Back in Win Column - Manitoba Moose

PRACTICE REPORT: Moose Look to Get Back in Win Column 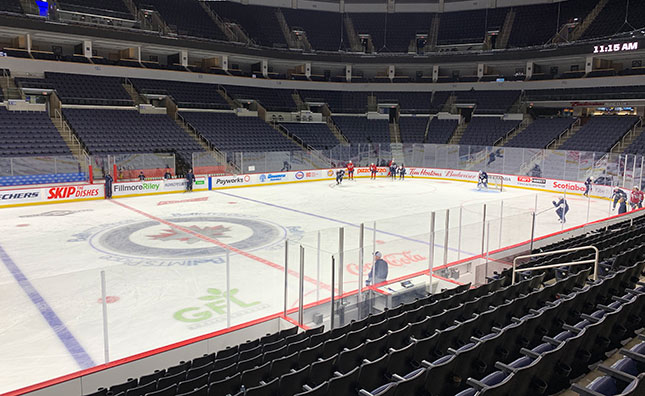 The Moose returned to practice Monday after a quick road trip to Grand Rapids and Chicago. Manitoba outshot its opponents 62-40 in the two games, but lost both games to fall to a 1-7-0-0 record on the season.

Defenceman Sami Niku was a participant in practice, wearing a non-contact sweater. The 23-year-old defenceman says he feels like he is close to getting back in a game soon.

“I’m feeling pretty normal,” Niku said. “I think I will switch jersey’s tomorrow and be good to go (Saturday).

Minutes prior to the skate, the team learned forward Logan Shaw was recalled by the Winnipeg Jets. Shaw leads the team with three goals, and is tied for the club lead with five points. The Glace Bay, N.S. product has been playing both at centre and on the wing this season.

The Moose get back to game action on Saturday and Sunday when they host the Grand Rapids Griffins for a pair of 2 p.m. matinee games. Tickets are available at moosehockey.com/tickets.