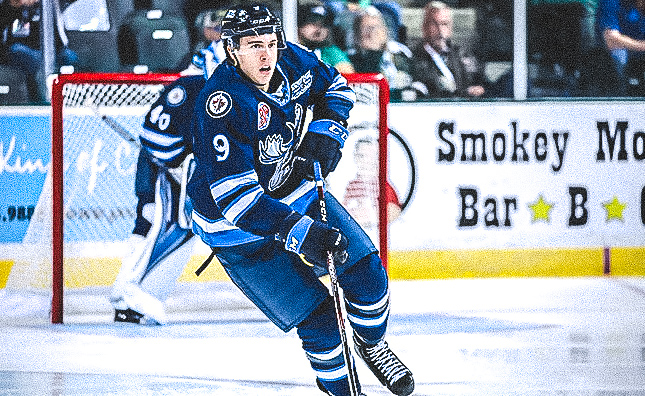 The Moose can be content, if not ecstatic, about earning a split in Texas to open the 2019-20 campaign. Coming out of a road trip at, or above, .500 is always the goal and that’s exactly what Manitoba did with a 2-1 loss in San Antonio and a 5-3 victory over the Stars.

Offence was tough to come by on Friday, as the club mustered just 23 shots through 60 minutes of action against the Rampage. Cameron Schilling struck for the lone Manitoba tally. The Moose flipped the script on Saturday, racking up 19 shots in the first period alone, and posting five goals in the win. It was a game the Moose may have been able to run away with in the opening frame if not for the heroics of Texas goaltender Jake Oettinger. In the end, ‘hero status’ went to Skyler McKenzie who banged in a rebound with 2:22 left in the contest to provide the winning goal for the visitors.

With a week of practice ahead of the Moose, it’s a great opportunity for the coaching staff to break down what they saw in games with the players as they prepare for a tilt against the Toronto Marlies on Friday. In speaking with the players following Saturday’s win, maintaining a steady level of play is something the club may be focusing on.

“I think we just need to play consistently,” said rookie defenceman Leon Gawanke, who recorded an assist while making his professional debut. “I think we had a really good first period (against Texas) and then the third we picked it up again, but the second was kind of… we didn’t play our game like we wanted. So we can definitely work on that and we’ll be ready for Friday.”

That theme was echoed by forward Jansen Harkins, who tallied a goal and an assist in the victory.

“We kind of showed spurts throughout the weekend of the way we know we can play,” commented Harkins, “It got us two points, really, but I think if we can kind of put that into a whole 60 we’ll be looking good this weekend.”

Harkins tallied a goal and an assist in the victory, while skating on a line with McKenzie and Kristian Reichel. The unit contributed two goals to the cause and was all over the offensive zone with Harkins and McKenzie combining for 12 shots on goal.

“Just supporting the puck, that’s the biggest thing out there,” Harkins explained. “(Texas) is a pretty good, skilled and fast team. Obviously you want to generate offence, and that comes from supporting the puck and moving our feet. (Reichel) and (Skyler) did a good job just pushing the pace, and I was fortunate to get some good looks.”

The Moose look to keep up their winning ways on Friday when they host the Toronto Marlies for games on Friday (7 p.m.) and Saturday (2 p.m.) at Bell MTS Place.  Friday’s game is the 2019 Home Opener, featuring a light-up wristband and 2019-20 schedule cling giveaway for fans.

Tickets are available at moosehockey.com/tickets.