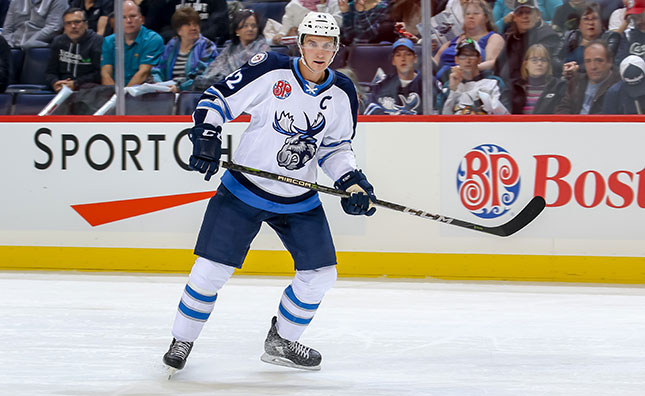 The Manitoba Moose begin the home portion of their schedule Friday night at Bell MTS Place against the Toronto Marlies.

Manitoba is coming off a two-game series in Texas where they dropped their first game of the season 2-1 against San Antonio. A stellar effort paid off the next night as they defeated the Texas Stars 5-3

The club has been preparing all week at Bell MTS Iceplex for their home opener against the Marlies, which according to Head Coach Pascal Vincent, is an exciting time for all.

“It’s not business as usual,” Vincent said Friday morning. “The home opener is as close as it could be as the first game of the playoffs.”

“There’s a special vibe about the home opener. We want to take this and enjoy it.”

Moose Captain Peter Stoykewych says the team is not intimidated by the Toronto squad, who are suiting up a roster with a good amount of NHL experience.

“We know they are always a good team, we always put up a good fight against them, and that’s exactly what we plan to do,” the captain said.

Tickets for the home opener and the rest of the season are available at moosehockey.com/tickets.