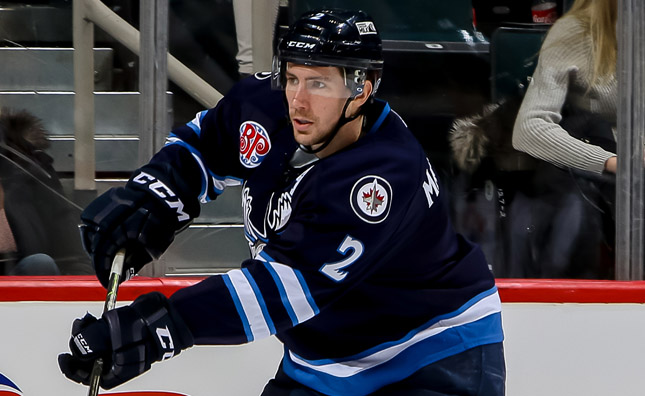 The Manitoba Moose will face the Stockton Heat for the first time ever.  This is the first of four meetings between these two teams this season. They will play a rematch on Saturday night at the Stockton Arena and the season series will wrap up on Mar. 21 & 23 at the MTS Centre in Winnipeg.

Back in the Lineup:

The Moose welcomed back two veterans to their lineup on Wednesday against Ontario who missed a significant number of games due to injury. Thomas Raffl played in his first game since Dec. 13 after suffering a broken jaw during practice. Raffl recorded one shot in the game and has been plagued by injuries this season. He has missed the most games so far this season due injury playing in just 11 of Manitoba’s 38 games this season. Defenceman Jay Harrison also made his return to the lineup on Wednesday. He had been out with an upper body injury since Dec. 17. It was Harrison’s second time this season out of the lineup as he has only been able to play in 17 games so far this year. The two bring a significant boost on the ice with their skill but also in their leadership to the young Moose squad.

Forward Chase De Leo has been nothing short of impressive this season in his first year of pro hockey. The La Mirada, California native had an assist in his last game against Ontario and now is tied for the team lead in points with 21 (11G, 10A). He is tied for 17th among AHL rookie scorers, tied for third in rookie powerplay goals with five and is second in shots by rookies with 95.

Nic Petan scored his third goal of the season this past Wednesday in Ontario. The former Winnipeg Jets second round pick started this season in the NHL where he recorded a goal in 14 games. Since being assigned to the Moose on Nov. 19 he leads the team in points-per-game average with 0.67 and leads all Moose forwards in assists with 13.

Stockton forward Derek Grant is having a career season so far this year. The 25-year old is on pace to set career highs in goals, assists and points in his sixth season playing in the AHL. After playing the last five seasons with Binghamton, Grant has scored 17 goals and 11 assists for 28 points in 24 games in his first season with the Heat. The Abbotsford, BC native is currently on a seven game point streak where he has recorded six goals and six assists for 12 points. In total he has recorded at least one point in 12 of his last 13 games and has six multi-point games during that stretch. He is coming off a four point night against Iowa on Jan. 17 where he recorded a goal and three assists.