Moose fall to Condors in Bakersfield 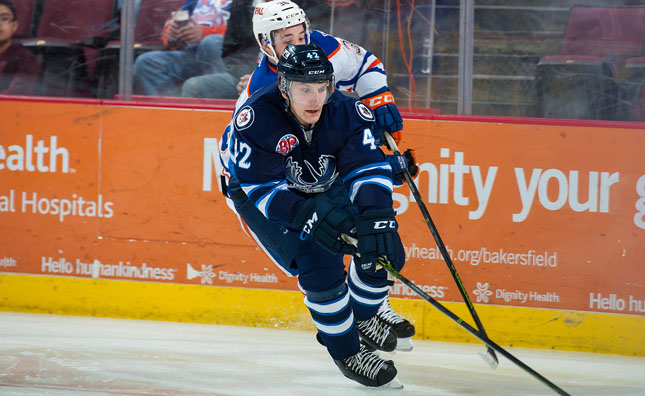 The Moose were not greeted to a warm welcome in their first ever trip to face the Bakersfield Condors at the Rabobank Arena.

Despite Manitoba’s efforts the Condors had their offence clicking on Tuesday night in California.

Ryan Hamilton led the Bakersfield offence with a goal and two assists for a three point night to help defeat the Moose 6-3.

The Moose did have two goals from Scott Kosmachuk, his first multi-goal game this season and second of his AHL career. He has now scored three goals in his last two games.

Nic Petan returned to the lineup after missing one game due to injury. Petan factored in on each of the Manitoba goals with three assists in total.

Eric Comrie made 24 saves on 29 shots through the first two periods. Jussi Olkinuora came in at the start of the third period and made 21 saves on 22 shots.

The Moose were outshot by the Condors 51-27.

The Moose are now 1-2-0-0 against Bakersfield but will get another crack at the Condors this Friday, Jan. 29 at the Rabobank Arena at 9 p.m. CT.