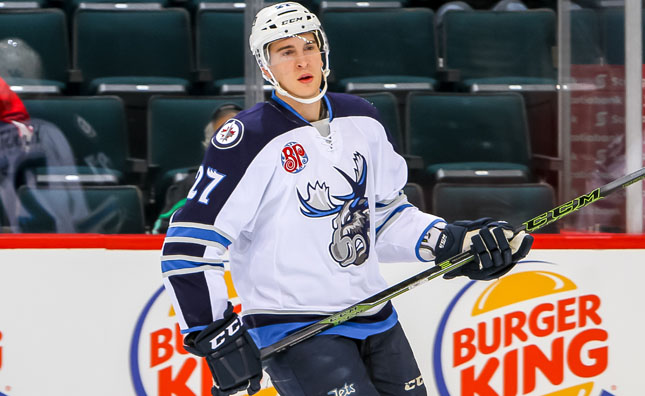 The Manitoba Moose hockey club announced today that they have recalled defenceman Aaron Harstad from their ECHL affiliate, the Tulsa Oilers.

Harstad, 23, has played eight games in two previous stints with the Moose this season. He has also played 14 games for Tulsa this season where has recorded two goals and six assists for eight points.

He was the Winnipeg Jets’ seventh round selection, 187th overall in the 2011 NHL Draft.

The Moose will play their next game Friday, Jan. 29 against the Bakersfield Condors at the Rabobank Arena at 9 p.m. CT.