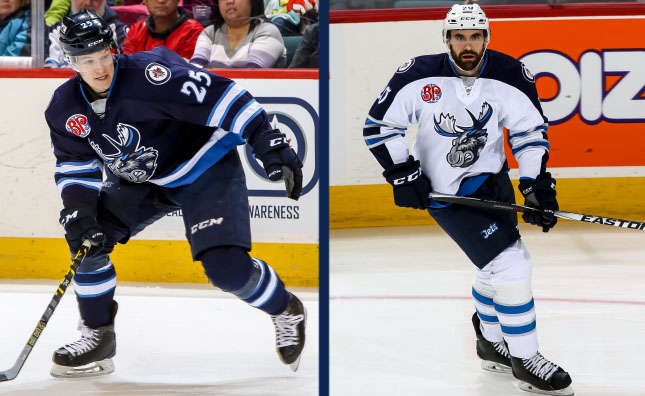 The Winnipeg Jets announced they have acquired forward Marko Dano, Chicago’s first round draft choice in the 2016 NHL Draft and a conditional pick in the 2018 NHL Draft from the Chicago Blackhawks in exchange for forwards Andrew Ladd and Matt Fraser along with defenceman Jay Harrison.

Dano, 21, has played in 48 NHL games with the Columbus Blue Jackets and Chicago Blackhawks since being drafted 27th overall by the Blue Jackets in the 2013 NHL Draft. The Slovakian has collected 23 career points (9G, 14A) and 16 penalty minutes. Dano was named one of the top three players on team Slovakia at the 2013 IIHF World Junior Championship and has played 83 total AHL games, collected 48 points (17G, 31A) and 78 penalty minutes over the last three seasons.

Andrew Ladd was the Winnipeg Jets’ captain since the team moved to Winnipeg from Atlanta. Ladd is fifth in all-time scoring for the franchise with 305 points in 429 games. The two-time Stanley Cup Champion is fourth all-time in Jets’ goal scoring with 139 goals since being acquired from Chicago in 2010. Ladd led the Jets in scoring three times, in 2010-11, 2012-13 and 2014-15.