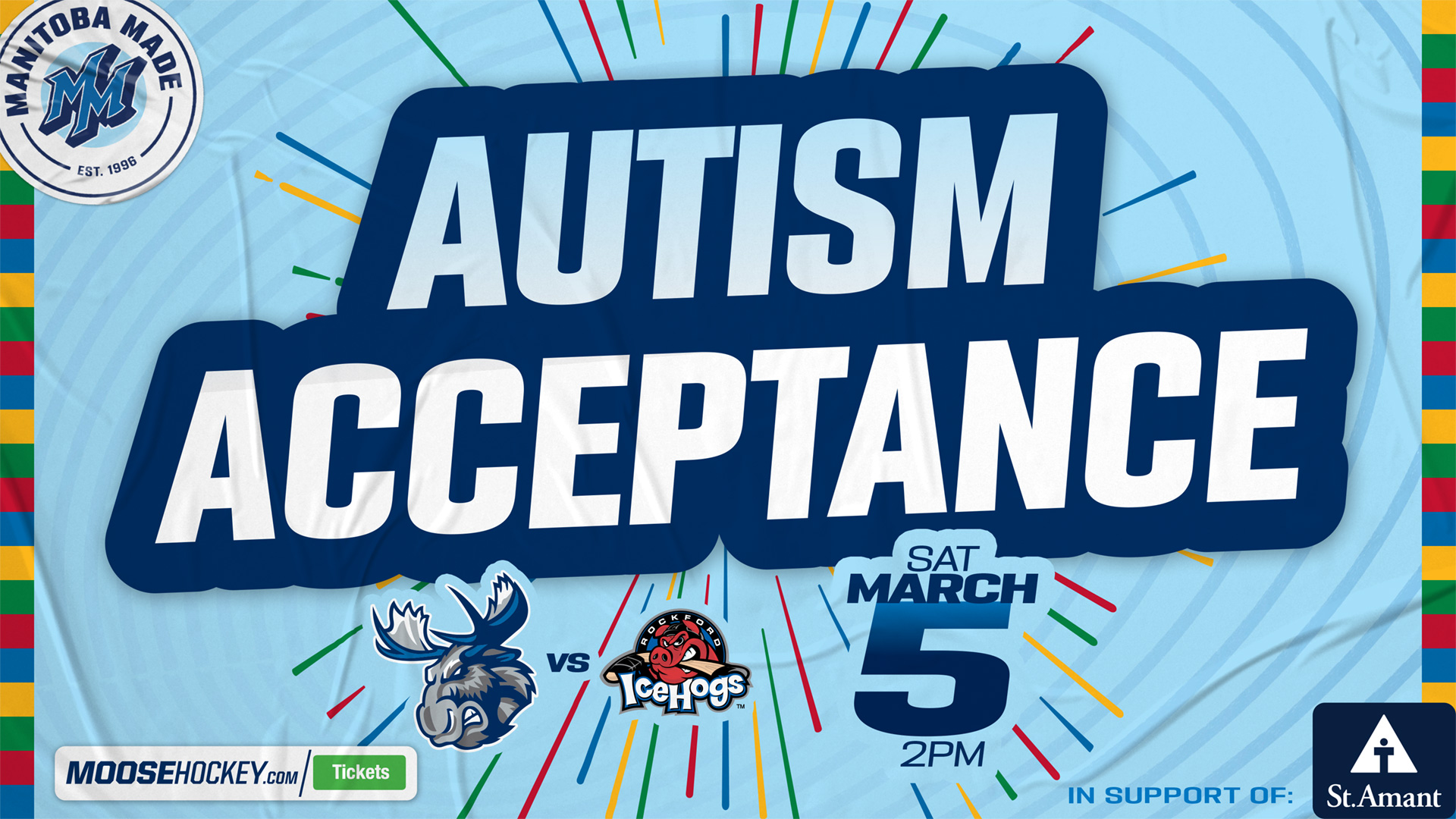 The Manitoba Moose Hockey Club is proud to announce the beginning of this season’s Autism Acceptance campaign, in support of the St.Amant Foundation. The campaign gets rolling in March and is highlighted by the Autism Acceptance game on Saturday, March 5 at 2 p.m. CT when the Moose face the Rockford IceHogs at Canada Life Centre.

This year’s campaign marks the seventh year the Moose and St.Amant Foundation have partnered for the initiative, and brings a few changes with it. Though the campaign was formerly known as Autism Awareness, the decision was made to change the name to Autism Acceptance going forward.

“Back in 2021, the ‘autism acceptance’ term was trending,” said Juliette Mucha, Director of St.Amant Foundation. “We met with the families that we support with the autism programs to see what it means to change a term from ‘awareness’ to ‘acceptance’ and to change that focus. Parents were saying, ‘We need the term to change. It’s no longer just about being aware, but about accepting people.’”

The Moose will wear special edition Autism Acceptance jerseys during the game on March 5, featuring a new design to reflect the change from awareness to acceptance. Fans can bid on jerseys through an auction on the concourse at Saturday’s game or online through NHL Auctions in the days following. Net proceeds from the Autism Acceptance jerseys will be donated to the St.Amant Foundation.

The Moose will again provide a ‘quiet room’ for those attending the game who may need a break from the sights and sounds in the arena.  The team also offers a ‘Guide to the Game’ providing information to assist all fans in enjoying their experience at the Autism Acceptance Game. 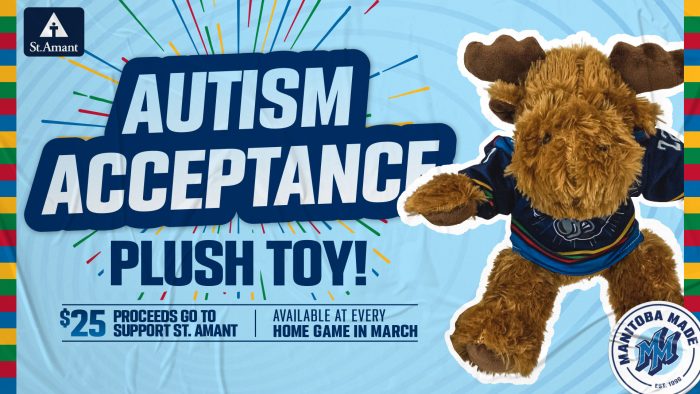 Limited edition Manitoba Moose plush toys will be on sale at all six Moose home games during the month of March, starting with the game on March 3 against the Rockford IceHogs. The plush moose toys feature miniature replica Manitoba Moose Autism Acceptance jerseys and will be available for $25. Net proceeds from plush moose sales will also support the St.Amant Foundation.

Together, the jerseys, plush moose toys and additional fundraising efforts have contributed to the over $70,000 raised for St.Amant over the past six campaigns. Those funds have been essential in outfitting the Early Learning Classrooms with teaching resources. This year’s funds will support the development of a sixth classroom.