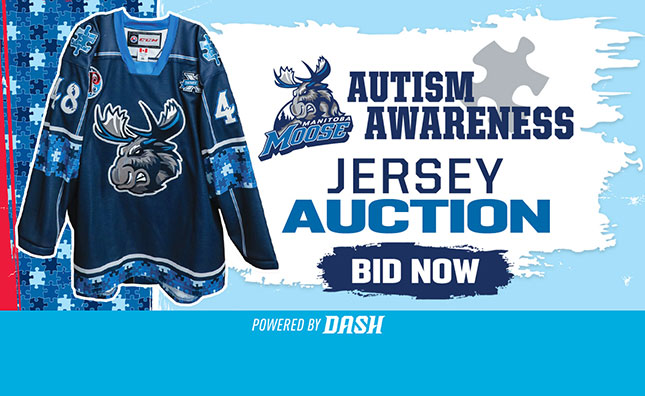 The Manitoba Moose announced the team is launching its annual Autism Awareness Campaign today, Friday, April 2 and running through Sunday, April 9. Despite not being able to hold their usual Autism Awareness Game, the Moose are hosting an online auction in support of the St.Amant Autism Program.

To date, the fundraising efforts of the Moose and the generosity of fans has raised over $66,000 for St.Amant’s Autism Program. Specifically the funds have been used to outfit five Autism Early Learning classrooms in Winnipeg.

The auction will be hosted on the Manitoba Moose Mobile App and items are open for bidding now. Fans can bid on fantastic Autism Awareness themed items including:

The auction can also be accessed on desktop browsers by clicking here. All listed prices are in USD.