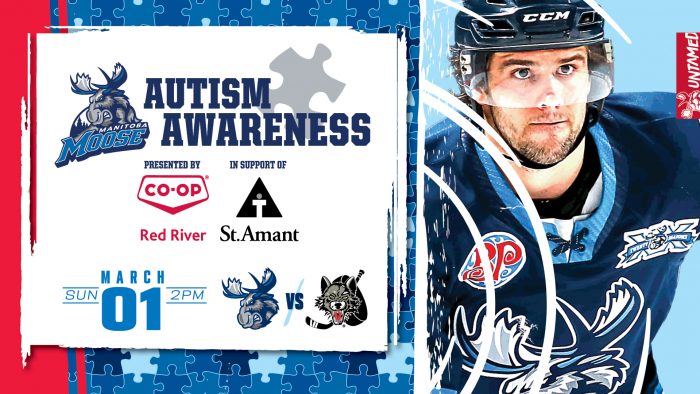 The Manitoba Moose Hockey Club is proud to announce the beginning of this season’s Autism Awareness campaign, in support of the St.Amant Foundation. The campaign officially launches on Sunday, March 1 at 2 p.m. CT when the Moose face the Chicago Wolves at Bell MTS Place for their Autism Awareness Game presented by Red River Co-op.

The Moose will again provide a ‘quiet room’ for those attending the game who may need a break from the sights and sounds in the arena.  The team also offers a ‘Guide to the Game‘ providing information to assist all fans in enjoying their experience at the Autism Awareness Game. 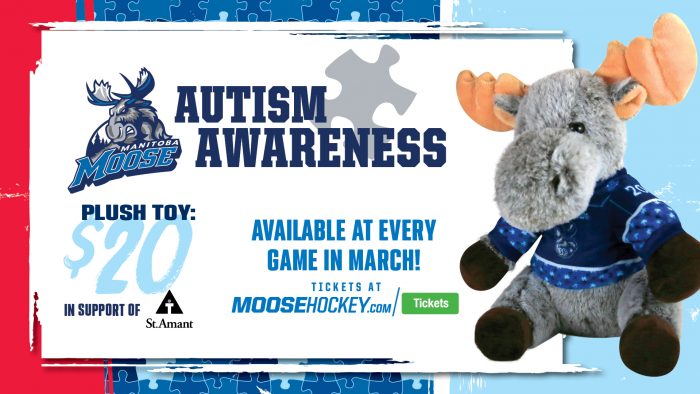 In four seasons, Moose fundraising efforts have generated over $44,500 for the St.Amant Foundation through the Autism Awareness campaign.