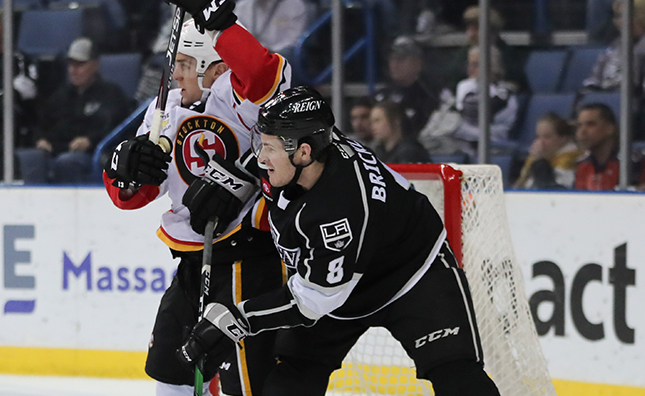 Brickley, 24, has recorded two assists and a plus-eight rating in 11 AHL games with the Ontario Reign this season. The second year professional has appeared in 53 games with the Reign in his career while tallying 14 points (2G, 12A). He has also played five games with the Los Angeles Kings, notching two assists. Prior to turning pro, Brickley played three seasons at Minnesota State University (Mankato). The Salt Lake City, Utah native posted 77 points (20G, 57A) in 107 games during his collegiate career. In 2017, Brickley was named the WCHA Defensive Player of the Year and to the WCHA First All-Star Team.

The Moose face the Iowa Wild on Saturday and Sunday at Bell MTS Place. Tickets are available at moosehockey.com/tickets.