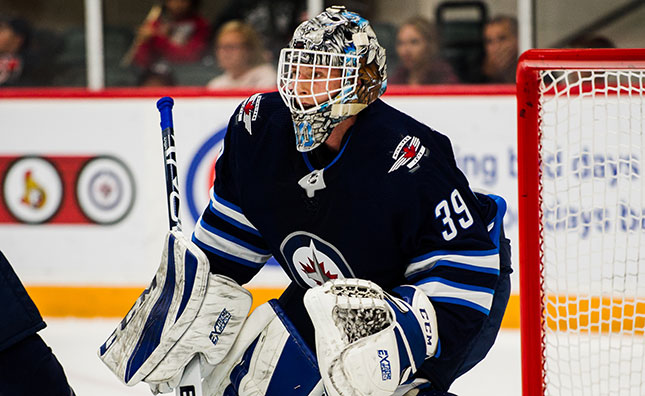 The Moose also announced the club has agreed to terms with goaltender Griffen Outhouse on a one-year contract.

Outhouse, 21, spent the 2018-19 season with the Victoria Royals where he posted a 27-16-1 record with a 2.81 goals-against average and .913 save percentage in 46 games. The Likely, B.C. native played in 196 games for the Royals, posting a career 2.77 goals-against average and .917 save percentage, while compiling a 114-60-15 record. Outhouse ranks first among Royals franchise leaders in games played by a goaltender, and sits seventh in WHL history for most wins collected by a goaltender.

The following 11 players have been invited to training camp on a tryout basis:

All training camp on-ice sessions will take place at Bell MTS Iceplex and are open to the public. Click here to view the schedule.

The Moose open their home schedule on Friday, Oct. 11 when they host the Toronto Marlies.  For more information about Season Seats, Mini Packs, 10-Ticket Flex Packs or to purchase single-game tickets, visit moosehockey.com/tickets.