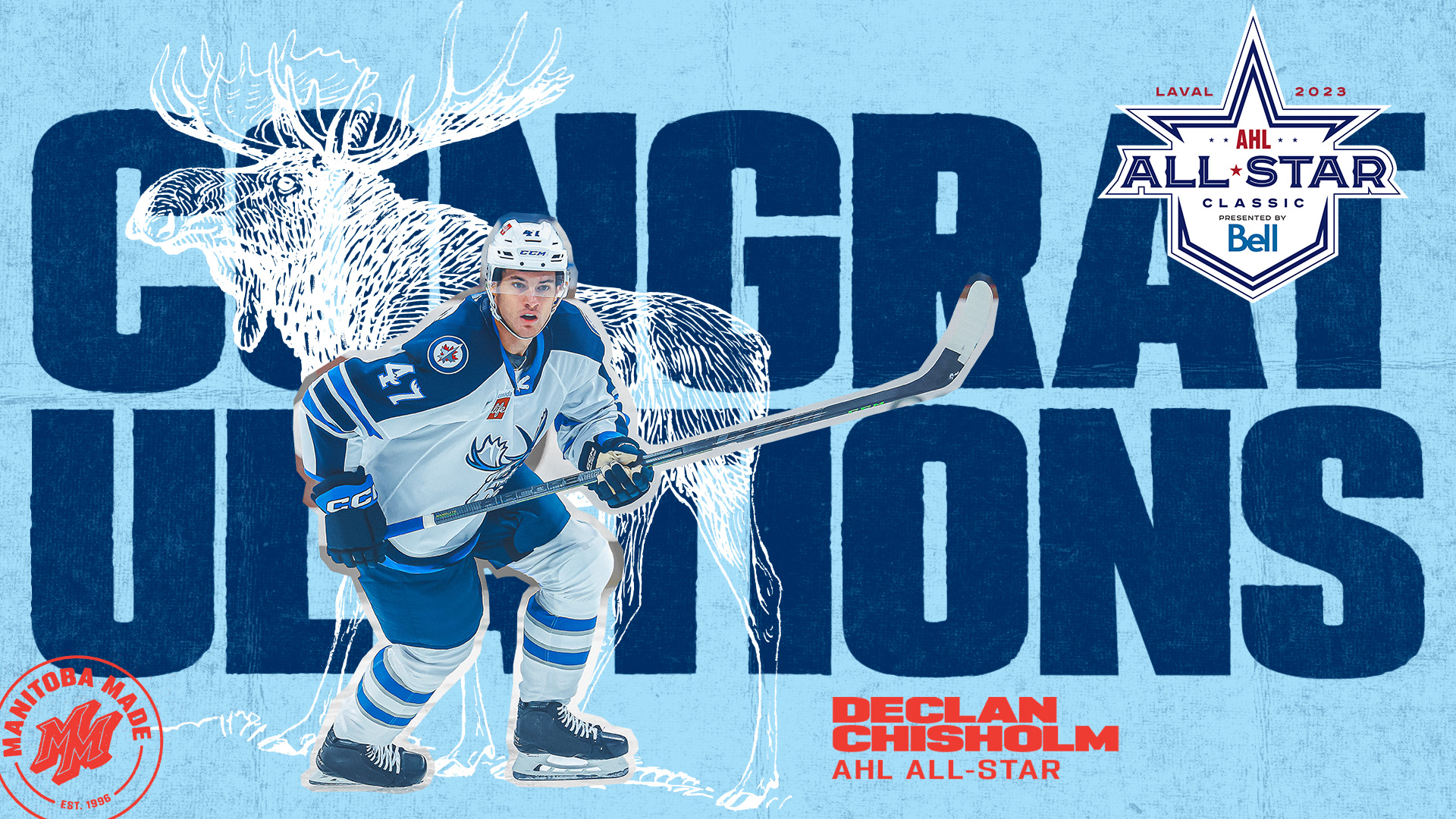 Chisholm, 22, ranks second on the Moose with 22 points (3G, 19A) in 30 games this season. His 19 assists lead the Moose and three power play goals are third-most among Manitoba skaters. Ranked against the rest of the league’s defencemen, Chisholm is tied for eighth in both points and assists. The 2018 fifth round pick of the Winnipeg Jets is in his third professional season. Chisholm has 65 points (14G, 51A) in 111 career AHL games. The Bowmanville, Ont. product made his NHL debut last season, appearing in two games with the Winnipeg Jets.

The Moose will also be represented in Laval by assistant coach Nolan Baumgartner and former captain Mike Keane.

Keane will serve as an honourary captain for the event. Honourary captains join the participating teams in the locker room and on the benches throughout the weekend. The Winnipeg, Man. product played more than 1,600 games during 22 professional seasons, bookended by two stints in the AHL. Keane spent five seasons as captain of the Moose before retiring in 2010.

Manitoba continues its road trip with a contest against the Toronto Marlies at Coca-Cola Coliseum tonight. Puck drop is slated for 6:00 p.m. CT. You can catch the game on CJOB.com/sports, the new Winnipeg Jets App, and AHLTV. Fans in the U.S.A. can watch the game on NHL Network.