Chisholm Gets Call to Taxi Squad 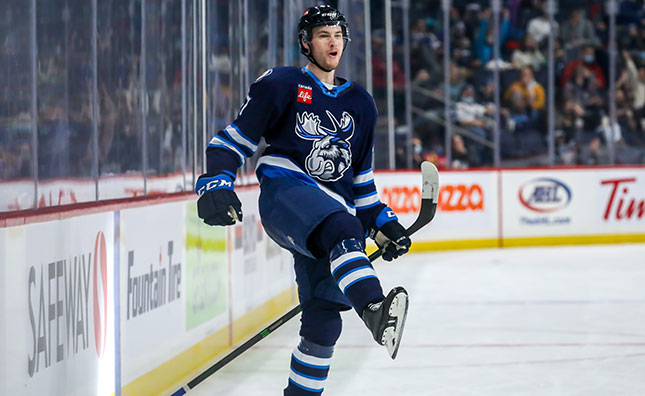 The Winnipeg Jets announced today the team reassigned defenceman Declan Chisholm from the Manitoba Moose to the Taxi Squad.

Chisholm, 22, has a career-high 14 points (6G, 8A) in 27 games with the Moose this season. His six goals are tied for second among AHL defenders and tied for the team lead among Moose blueliners. The Bowmanville, Ont. product has 27 points (8G, 19A) in 55 career AHL contests. Chisholm was a fifth round pick, 150th overall, of the Winnipeg Jets in the 2018 NHL Draft.

The Moose face off against the Milwaukee Admirals tonight in a 7 p.m. matchup. Tune in on CJOB.com/sports, the Manitoba Moose App or AHLTV.com.