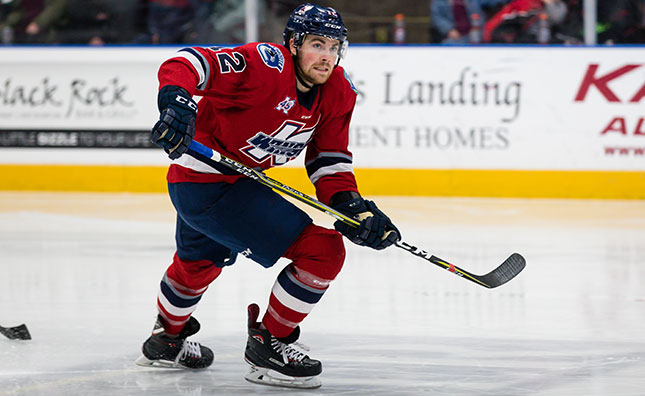 Collins, 26, is in his first professional season and leads the ECHL with 48 points (19G, 29A) in 37 games.  The Kalamazoo Wings forward ranks fourth in the league in both goals and assists.  Prior to turning pro, Collins spent five seasons at the University of Calgary, where he recorded 131 points (57G, 74A) in 140 games.

The Moose host the San Antonio Rampage this weekend for a pair of 2 p.m. matchups with Grassroots Hockey Day on Saturday, featuring a Mason Appleton mini-bobblehead giveaway, and Star Wars Day on Sunday.  Tickets for both games are available at moosehockey.com/tickets.