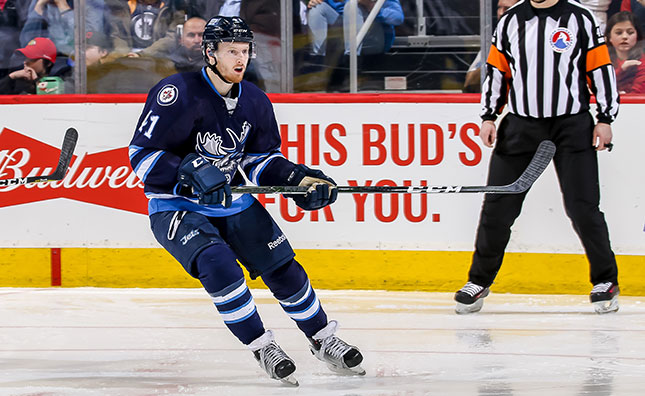 The Winnipeg Jets, in conjunction with the National Hockey League, today announced that forward Kyle Connor is the 2021-22 recipient of the Lady Byng Memorial Trophy, awarded “to the player adjudged to have exhibited the best type of sportsmanship and gentlemanly conduct combined with a high standard of playing ability” as selected by the Professional Hockey Writers Association. Connor is the first player in Jets/Thrashers franchise history to capture the award and the first Winnipeg player (Jets 1.0 or 2.0) to win the Lady Byng Trophy. Jets 1.0 forward Alexei Zhamnov was a finalist for the Lady Byng Trophy in 1994-95 and Teemu Selanne was also a finalist the following season in a year he split between Winnipeg and Anaheim.

Connor was named on 181 of the 195 ballots cast, including 122 first-place selections, for 1,527 voting points, ahead of second-place Jaccob Slavin of the Carolina Hurricanes, the 2020-21 Lady Byng Trophy recipient. Slavin received votes on 141 ballots and was the top choice on 31 for 904 points. Jared Spurgeon of the Minnesota Wild, a Lady Byng Trophy finalist for the second consecutive season, finished third in voting with 272 points (six first-place selections).

Connor, 25, produced the best offensive season in his fifth full season with the Jets, setting personal highs and ranking among the NHL leaders in goals (t-5th: 47), points (13th: 93), even strength goals (2nd: 36), shorthanded goals (t-7th: 3), game-winning goals (t-6th: 9), and shots on goals (4th: 317). He also led the Jets and established career highs in assists (46), power-play assists (20), and power-play points (28). The Shelby Township, Mich. native finished fourth among NHL forwards in average time on ice (21:47) and 12th among all skaters in takeaways (66), while receiving only four penalty minutes during his 79 appearances – the fewest among the NHL’s top-100 scorers (minimum 50 games played).

Over the course of two seasons, Connor suited up in 56 games for the Moose and recorded 49 points (29G, 21A) over that span.