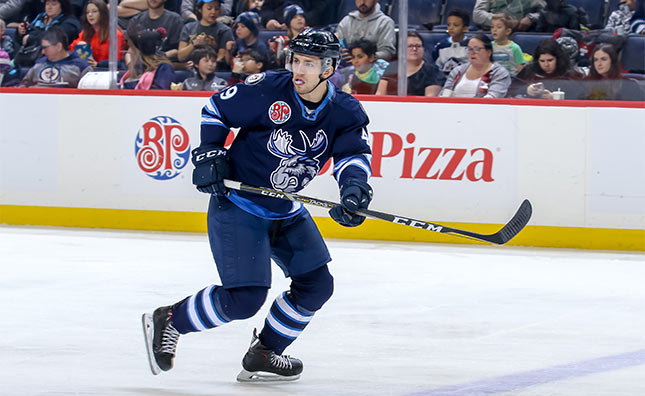 Fejes, 25, appeared in 42 games for the Moose in the 2018-19 season where he posted eight points (3G, 5A). The Anchorage, Alaska native played for three other teams last season including the Orlando Solar Bears, Rockford IceHogs and the Hershey Bears.

The Moose play against the Iowa Wild on Oct. 18 and Oct. 19. For more information about Season Seats, Mini Packs, 10-Ticket Flex Packs or to purchase single-game tickets, visit moosehockey.com/tickets.