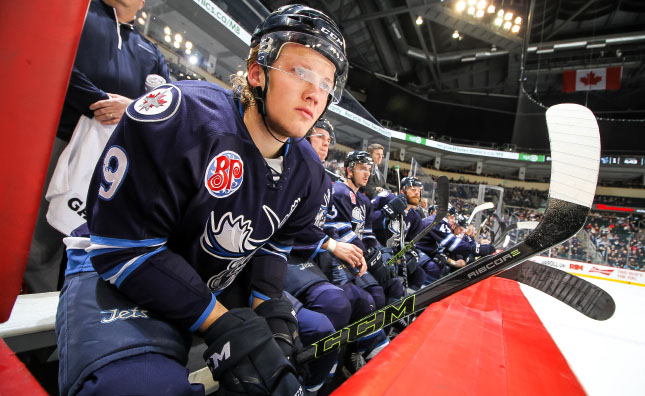 These two franchises have faced each other a total of 16 times in the American Hockey League. The Moose hold an all-time record of 9-5-0-2 in those contests.

This morning marks the first game of a five game road trip that will take the Moose to Rockford (Wednesday/Friday), Milwaukee (Saturday) and wrap up with a pair of games against Iowa (Feb. 22/24). Today also marks the 50th game for the Moose this season. The Moose are hitting the home stretch with two-thirds of the season played and 26 games more to play.

Rookie defenceman Josh Morrissey continued his strong play as of late this past week. Morrissey had a big goal against the Texas Stars on Wednesday which got the momentum back on the Moose side to start a three goal comeback rally. The Calgary, AB native had a career high four points with a goal and three assists on Sunday in a big 5-2 win over the Chicago Wolves.

Rookie forward Nic Petan has been one of the hottest players on the Moose lately. The Delta, BC native scored his fifth goal in the month of February on Sunday. In his six games this month he has recorded five goals and an assist for six points. In his last 11 games, Petan has averaged a point-per-game with six goals and five assists. He continues to lead all Moose players with a 0.73 point per game average this season.