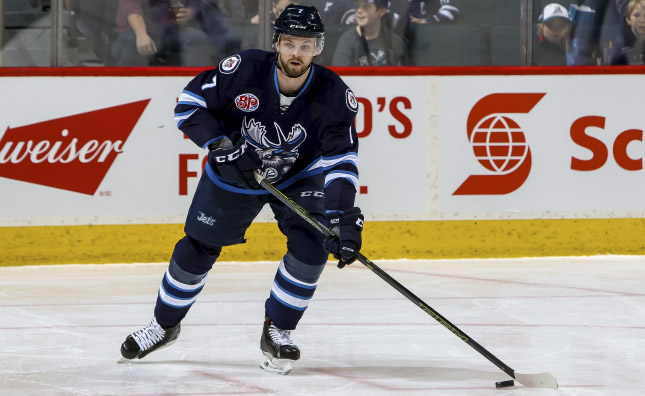 The Manitoba Moose will face the Iowa Wild tonight in the third of eight meetings between these two teams this season. The Moose have a slight edge in the season series posting a 1-0-0-1 record through the first two games of the season series. This is Manitoba’s first trip to Iowa this season.

The Moose and Wild rang in the New Year with a pair of games in Winnipeg on Dec. 31 and Jan. 1. In the first meeting the Moose scored four goals in the second period and then shut down the Wild the rest of the way in a 4-3 victory. Scott Kosmachuk had the game winning goal as part of a two point night (1G, 1A). Josh Morrissey (1G, 1A) and Nic Petan (2A) has had multi-point games while Eric Comrie picked up the win in net with 41 saves. In the rematch to kick off the New Year the Wild erased a 3-1 deficit to take the game to a shootout which Iowa won leading to a 4-3 victory of their own. Darren Kramer scored two goals for the Moose in the game while Eric Comrie was strong again making 35 saves.

The Moose enter tonight’s game having won their last four games including a 4-1 win Saturday night over the Milwaukee Admirals. Previous to that the Moose had a pair of wins in Rockford over the IceHogs by scores of 3-2 and 5-2 respectively. Manitoba started the streak Feb. 14 at the MTS Centre by defeating the Chicago Wolves 5-2. Manitoba has earned at least a point in seven of their last eight games posting a 5-1-1-1 record during that stretch.

Defenceman Josh Morrissey continues to impress in his first season of pro hockey. The Calgary, Alberta native added another assist to his totals on Saturday versus Milwaukee. In his last eight games he has one goal and seven assist for eight points. This season in two games against Iowa he has a goal and two assists for three points.

Goaltender Connor Hellebuyck made his return to the Moose on Feb. 12 when he was re-assigned by the Winnipeg Jets. Since his return, Hellebuyck has played in three of the team’s five games and has won all of them. In those three games he has an incredible 1.67 goals against average along with a .952 save percentage.