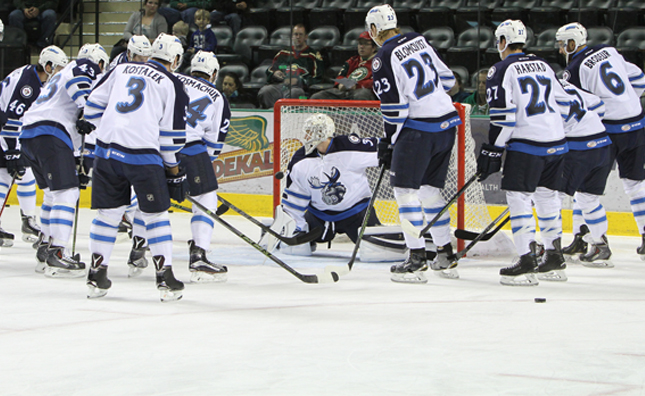 Coming off a 3-0 victory in their pre-season opener last night, the Manitoba Moose will look for a repeat performance when they face the Iowa Wild in the rematch tonight.

The Moose had goals from Scott Kosmachuk, Axel Blomqvist and Brock Trotter at the Ralph Engelstad Arena in Grand Forks, ND to open the pre-season. Eric Comrie was strong in net with a 27 save performance, earning a shutout.

Puck drop for tonight’s game is scheduled for 7 p.m. CT at the Scheels Arena in Fargo, ND.

There is no broadcast of tonight’s pre-season game but fans are encouraged to follow along with updates on the team’s twitter page @ManitobaMoose and on MooseHockey.com.