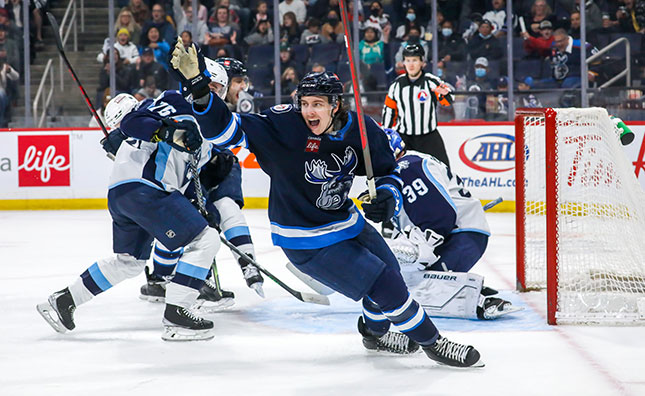 The Winnipeg Jets announced today they have agreed to terms with defenceman Leon Gawanke on a one-year, two-way contract with an average annual value in the NHL of $750,000.

Gawanke, Winnipeg’s fifth-round pick (136th overall) in the 2017 NHL Draft, played 178 games over three seasons with the QMJHL’s Cape Breton Screaming Eagles and recorded 121 points (29G, 92A) and 91 PIMs. He added 13 points (4G, 9A) and 13 PIMs in 27 playoff games for Cape Breton. Gawanke, a Berlin, Germany native, has appeared internationally multiple times, including the last two World Championships. He recorded three points (2G, 1A) over 14 games at the pair of World Championships as Germany made the quarter-finals both years, including a fourth place finish in 2021.

Manitoba Moose Ticket Memberships are available now. Enjoy benefits like concession and merchandise discounts, free AHLTV Road Pass, an exclusive full-team autograph session and much more. For the full details on Ticket Memberships and to select the option that’s best for you, visit MooseHockey.com/PACKAGES.