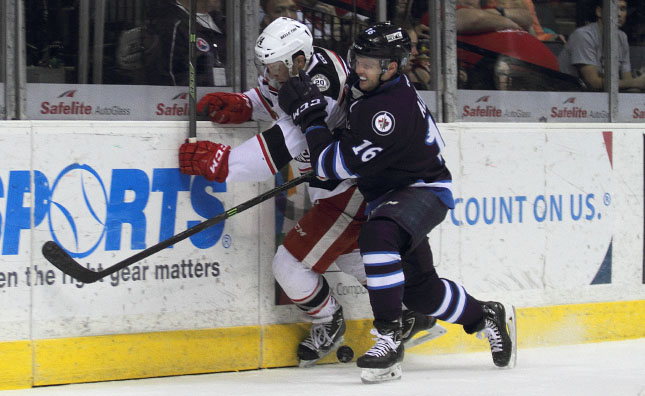 Making their first trip to Grand Rapids since 2010, the Moose didn’t receive a warm welcome from the Griffins on Friday night at the Van Andel Arena.

Former Winnipeg Jets player Eric Tangradi stole the show as he recorded a career high five points in the game from two goals and three assists. Tangradi was in on all of the first five goals of the game.

The Moose continued to battle in the third period and showed some life when Chase De Leo scored his team leading 16th goal of the season.

Patrice Cormier extended his point streak to three games with an assist. In his last seven games he has three goals and three assist for six points.

John Albert returned to the Moose lineup after missing four games due to a lower body injury. He recorded an assist in the game.

The Griffins now lead the season series 2-1-0-0 with one game to play this season.

The rematch will take place Saturday night at 6 p.m. CT at Grand Rapids.