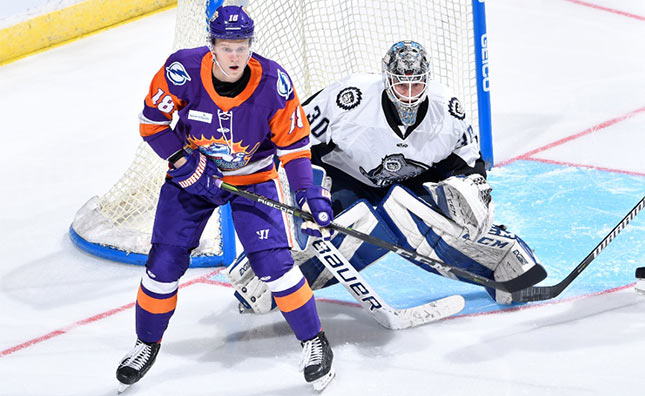 The Manitoba Moose Hockey Club announced today the team has recalled goaltender Griffen Outhouse from its ECHL affiliate, the Jacksonville Icemen. The Moose also announced goaltender Adam Carlson has been assigned to the Icemen.

The Moose hit the road to take on the Milwaukee Admirals on Wednesday. Puck drop is scheduled for 10:30 a.m. CT. The matchup will be broadcast on TSN 1290 and moosehockey.com/listenlive starting 15 minutes prior to puck drop.