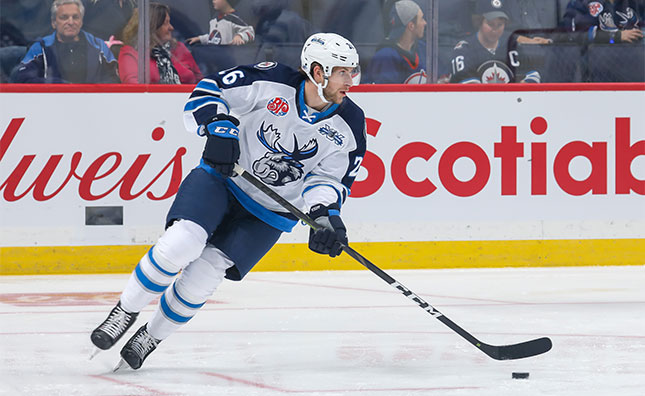 The Winnipeg Jets announced today they have agreed to terms with forward Jansen Harkins on a two-year contract with an average annual value of $725,000.

Harkins, 23, made his NHL debut for the Jets in 2019-20 and had seven points (2G, 5A) and five penalty minutes in 29 games for Winnipeg. The product of North Vancouver, BC made his NHL playoff debut in August and played in three games, including Aug. 3 versus the Calgary Flames when he scored the game’s opening goal. Harkins, Winnipeg’s second round pick (47th overall) in the 2015 NHL Draft, also saw action in 30 games for the Manitoba Moose last season and recorded 31 points (7G, 24A) and 28 PIMs as he was celebrated as the team’s MVP for the season.