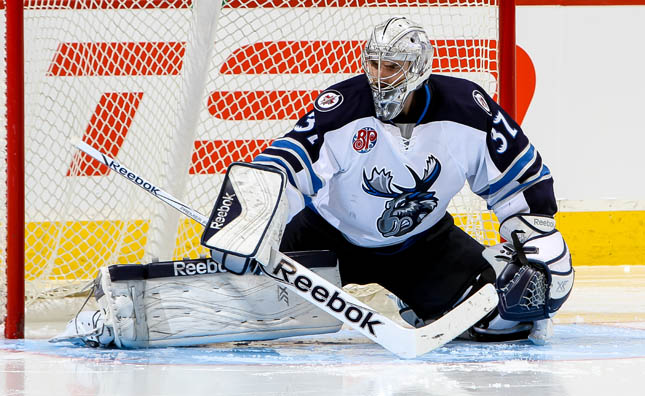 The American Hockey League announced today that goaltender Connor Hellebuyck has been selected to represent the Manitoba Moose on the Central Division Team at the 2016 Toyota AHL All-Star Classic, which takes place Jan. 31 and Feb. 1 in Syracuse, NY.

This is the second time Hellebuyck has been selected to the AHL All-Star Classic having played in last year’s event in Utica, NY.

Each of the AHL’s four divisions will be represented by 13 players: seven forwards, four defensemen and two goaltenders. Rosters were determined by committees of AHL coaches, and all 30 AHL teams are represented by at least one All-Star.

The 2016 Toyota AHL All-Star Challenge will take place on the evening of Feb. 1 (7 p.m. ET); instead of a traditional 60-minute game, the AHL’s All-Stars will be divided into four teams, one representing each of the league’s divisions (Atlantic, North, Central, Pacific). The teams will then play a round-robin tournament featuring six games of nine minutes each; the first half of each game will be played at 4-on-4, and the second half at 3-on-3. The two teams with the best records at the end of the round-robin tournament will face off for the championship, a six-minute game played at 3-on-3.