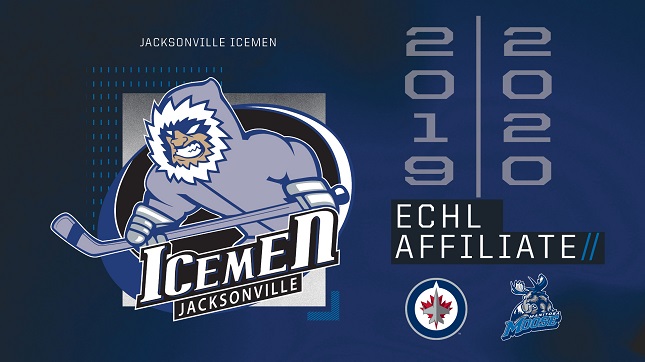 The Winnipeg Jets Hockey Club, along with their American Hockey League affiliate, the Manitoba Moose, are pleased to announce the renewal of the organization’s partnership with the Jacksonville Icemen as its ECHL affiliate for the upcoming 2019-20 season.

The Icemen posted a 36-32-2-2 record in 2018-19, earning a spot in the Kelly Cup Playoffs in the organization’s second season of operation.  A total of eight players spent time on the roster of both the Icemen and Moose.  Two members of the Icemen signed tryout agreements to play games for the Moose during the 2018-19 campaign.  The Jets and Moose were involved in 39 transactions with the Icemen through the season.

The Icemen also announced the club has signed head coach Jason Christie to a multi-year extension.  This will be the seventh consecutive season Christie is the head coach of the Winnipeg Jets organization’s ECHL affiliate. Christie is the ECHL’s all-time leader in coaching wins, with 609 regular season victories in 16 seasons.

The Jacksonville Icemen begin their third season as the ECHL affiliate of the Winnipeg Jets and Manitoba Moose on Oct. 12 when they host the Greenville Swamp Rabbits.