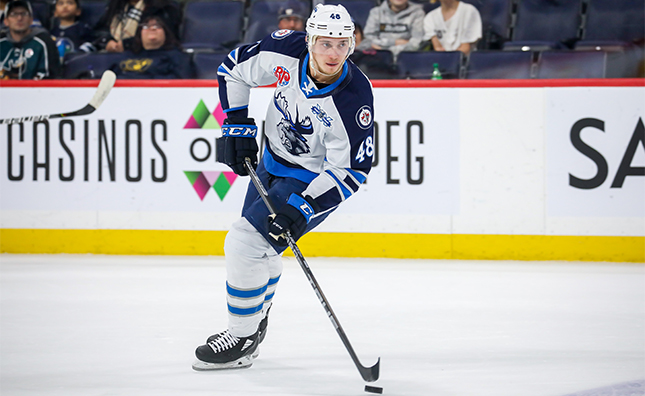 Chibisov, 26, has played 46 games for the Moose this season and has 24 points (7G, 17A) and 73 penalty minutes. The native of Prokopyevsk, Russia is playing his first season in North America following five campaigns in the KHL. Chibisov signed a one-year, entry-level contract with the Jets on June 1, 2019.

The Moose take on the Chicago Wolves on Thursday, Feb. 6. Puck drop is scheduled for 7 p.m. Tickets are available at moosehockey.com/tickets.