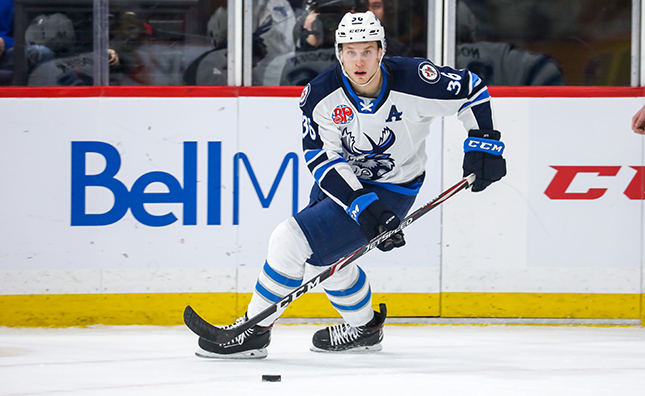 The Winnipeg Jets announced today they have recalled defenceman Nelson Nogier from the Manitoba Moose.