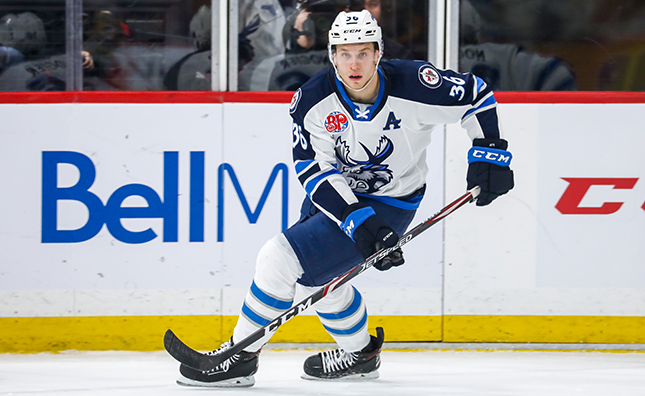 The Winnipeg Jets announced today the team reassigned forwards Joona Luoto and Dominic Toninato, along with defenceman Nelson Nogier, to the Moose.

Luoto is the only player of the trio to partake in a game this season, tallying three points (2G, 1A) in six games with the Moose earlier in the campaign. Nogier has played his entire 205-game AHL career with the Moose, posting 32 points (4G, 28A) with the franchise. Toninato was an off-season signing by the Jets. The former captain at the University of Minnesota-Duluth has 49 points (26G, 23A) in 103 AHL games and 14 points (5G, 9A) in 85 NHL games. Forward C.J. Suess and defenceman Luke Green were reassigned to the Jets Taxi Squad.

The Moose host the Stockton Heat this evening at Bell MTS Iceplex. The teams open a five-game series at 6 p.m. CT. Listen to the action on cjob.com/sports and MooseHockey.com/LISTENLIVE or watch with a subscription to AHLTV.