Kosmachuk recalled by the Jets 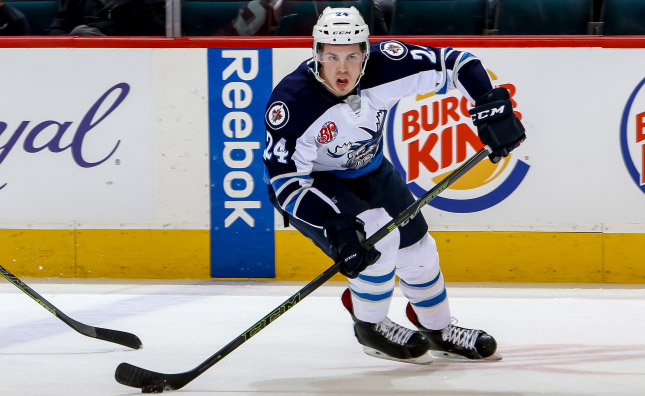 The Winnipeg Jets Hockey Club, in conjunction with its AHL affiliate, the Manitoba Moose, announced forward Scott Kosmachuk has been recalled on an emergency basis from the Moose.

Kosmachuk, 22, has played 59 games for the Manitoba Moose this season, recording 27 points (14G, 13A) and 33 penalty minutes. Kosmachuk is playing in his second full season in the AHL after he played 70 games with the St. John’s IceCaps during the 2014-15 season. Kosmachuk spent his junior career with the Guelph Storm, including winning an OHL championship with the Storm in 2014. He was drafted by the Jets in the third round, 70th overall, in the 2012 NHL Draft.

The Moose will host the Iowa Wild in their next game on Wednesday, Mar. 9 at the MTS Centre at 7 p.m.