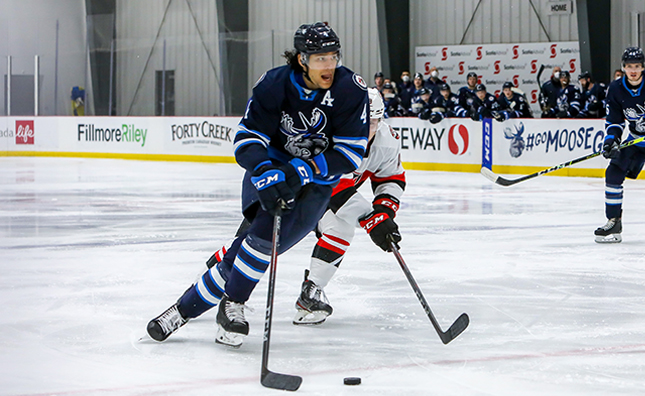 The Winnipeg Jets announced today they have agreed to terms with defenceman Johnathan Kovacevic on a one-year, two-way contract with an average annual value in the NHL of $750,000.

Kovacevic, 24, recorded 14 points (2G, 12A) and 23 penalty minutes in 29 games for the Manitoba Moose last season. The Niagara Falls, Ont. native has played 75 games and posted 28 points (7G, 21A) and 22 PIMs for the Moose over parts of three seasons since turning professional in 2019. Kovacevic was drafted by Winnipeg in the third round pick (74th overall) in the 2017 NHL Draft.