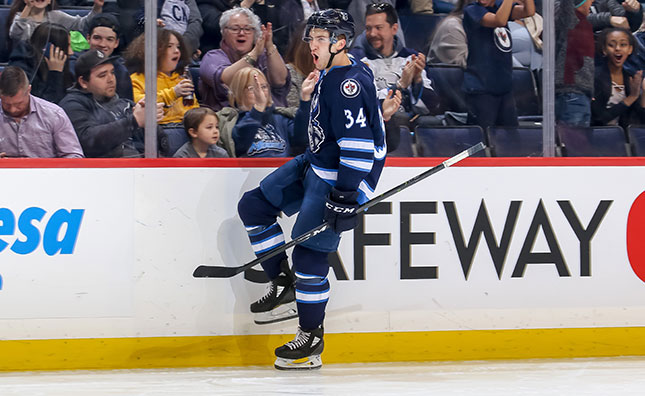 The Winnipeg Jets announced today they have agreed to terms with forward JC Lipon on a one-year, two-way contract with an average annual value of $700,000.

Lipon, 25, tallied 26 points (11G, 15A) and 121 penalty minutes in 60 games in the AHL with the Manitoba Moose last season. He appeared in nine games with the Jets during the 2015-16 season, collecting one assist. In 391 career games in the AHL, Lipon has 191 points (67G, 124A) and 739 penalty minutes. The Regina, Sask. native ranks fifth in Moose history in career games played and third in penalty minutes.  Lipon is also the franchise leader for assists and points by a right winger.  He has served as an alternate captain with the Moose for the past three seasons.

Lipon was selected by the Jets in the third round (91st overall) in the 2013 NHL Draft.