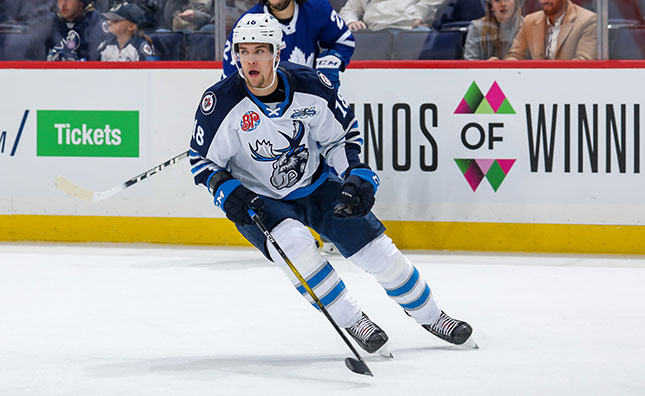 The Winnipeg Jets announced today they have recalled forward Joona Luoto from the Manitoba Moose.

Luoto, 22, has three assists and nine penalty minutes in nine games for the Moose this season. The native of Tampere, Finland is playing his first season in North America after signing a three-year deal with the Jets in June. Luoto spent the last three seasons with Tappara in Liiga and he is coming off consecutive seasons with eight goals and eight assists.

The Moose visit the Rockford IceHogs in a 7 p.m. CT matchup tomorrow. Tune into the game on moosehockey.com/listenlive, the Moose App and AHLTV.

The Moose returns home on Monday, Nov. 11 to face the Texas Stars. The team hosts its Remembrance Day game in a 4 p.m. puck drop. The club will wear limited edition military themed jerseys which will be auctioned off in support of Soldier On. Tickets for Monday’s game are available at moosehockey.com/tickets.