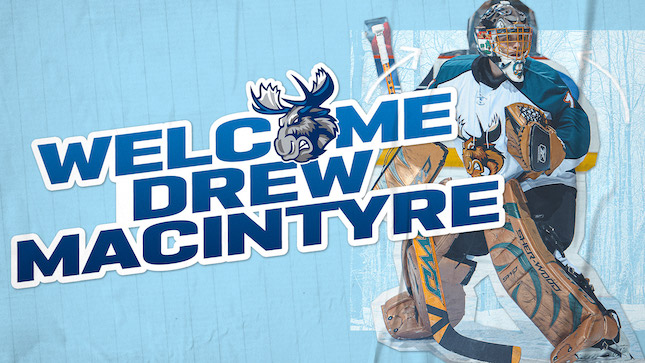 MacIntyre appeared in six NHL games split between Buffalo, Toronto and Vancouver and posted a 0-2-0 record to go with a 2.41 goals-against average and .912 save percentage. MacIntyre played parts of four seasons in the ECHL, picking up a 36-15-3 mark with a 2.19 goals-against average and .923 save percentage in 56 games. He also spent four seasons in Europe and Asia, with stops in Croatia, Germany, Japan and Slovakia. The Charlottetown, PEI native suited up for Team Canada three times at the Spengler Cup during his playing career, winning back-to-back titles in 2016 and 2017.