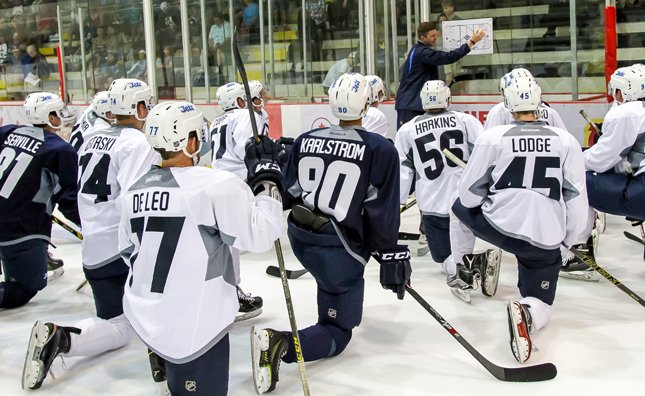 The Manitoba Moose, the AHL affiliate of the Winnipeg Jets, announced today their training camp roster of 31 players for the 2015-16 season.

The roster includes the players who have currently been assigned to the Moose from Winnipeg Jets training camp along with the following nine players invited on professional tryout agreements.

Training camp gets underway on Tuesday, Sept. 29 at the MTS Iceplex and runs through Monday, Oct. 5. All sessions at MTS Iceplex are open to the public.

The Moose will play two pre-season games against the Iowa Wild, the first on Friday, Oct. 2 at the Ralph Engelstad Arena in Grand Forks, ND and on Saturday, Oct. 3 in Fargo, ND at Scheels Arena. Game times for each game will be at 7:00 p.m. CT.