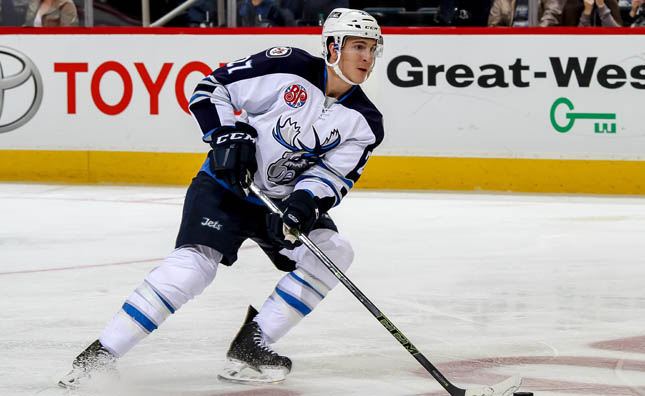 The Manitoba Moose hockey club announced today that they have assigned defenceman Aaron Harstad to their ECHL affiliate, the Tulsa Oilers.

Harstad, 23, has played seven games for the Moose this season registering 12 penalty minutes. The native of Stevens Point, Wisconsin is in his first full season of pro hockey after playing the previous four years at Colorado College where he appeared in 127 career games registering nine goals and 21 assists for 30 points. He made his professional debut last season playing in five games with St. John’s of the AHL.

He was the Winnipeg Jets’ seventh round selection, 187th overall in the 2011 NHL Draft.

The Moose open a four game home stand this weekend when they host the Milwaukee Admirals on Saturday, Dec. 12 at 7 p.m. and Sunday, Dec. 13 at 2 p.m.