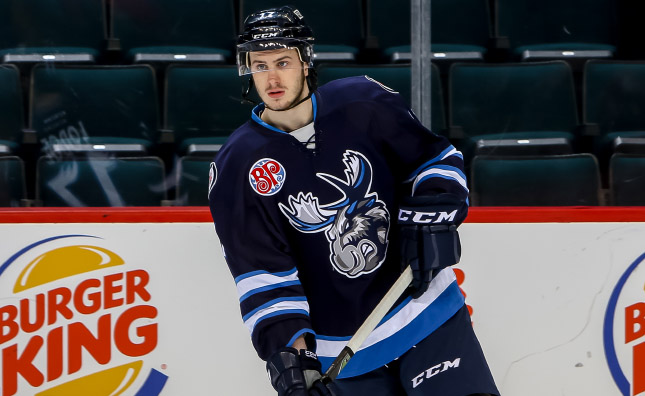 The Manitoba Moose hockey club announced today that they have assigned forward Jimmy Lodge to their ECHL affiliate, the Tulsa Oilers.

Lodge, 20, has played 26 games for the Moose this year in his first full season of pro hockey. He made his pro debut last season playing in one game for the St. John’s IceCaps of the AHL.

The Downingtown, PA native played four years of junior hockey in the OHL where he recorded 83 goals and 105 assists for 188 points in 226 career games split between Saginaw and Mississauga.

He was the Winnipeg Jets’ third round selection, 84th overall in the 2013 NHL Draft.

The Moose will wrap up their road trip with a game against the Ontario Reign on Saturday, Jan. 30 at 8 p.m. CT.