Moose get first home win in front of sellout crowd 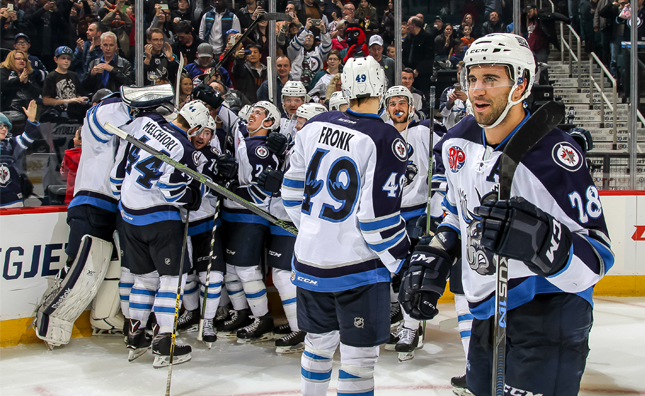 It was a journey of hard work to get to this point but the Moose got what they deserved on Friday night against the Chicago Wolves…a home win.

After largely outplaying the Wolves in the first match Thursday, the Moose came right back out showing no signs of fear against the division leading Chicago squad in game two.

Despite being down a goal in the third period, Manitoba fed off a loud sellout crowd of 8,812 to storm back.

Jiri Fronk scored his second goal in as many nights on a great individual wrap-around midway through the third period, helping send the game to overtime.

In overtime, Josh Morrissey fed a long pass to Joel Armia who went in alone to score and give the Moose their first home win of the season by a 3-2 score.

Scott Kosmachuk had the other Moose goal on the powerplay in the first period while Ty Rattie and Danny Kristo had the goals for the Wolves.

Eric Comrie picked up his first win of the season for the Moose making 22 saves while Pheonix Copley had 28 saves in the loss.

Chase De Leo extended his point streak to four games with an assist on the overtime goal.

The Moose continue their home stand as they will face the Bakersfield Condors next Friday, Nov. 20 and Sunday, Nov. 22 at the MTS Centre.