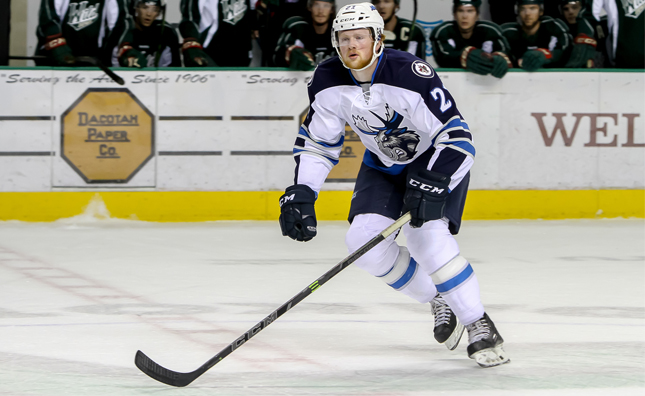 The Manitoba Moose, the AHL affiliate of the Winnipeg Jets, announced today that they have trimmed their roster by two spots ahead of the 2015-16 AHL regular season.

Forward Brock Trotter has been released from his professional tryout agreement.

The Moose now have 26 players on their roster with the additions of defencemen Jay Harrison and forward Thomas Raffl who were assigned by the Jets earlier in the day.

The Moose open their 2015-16 AHL regular season schedule this Friday, Oct. 9 when they travel to face the Toronto Marlies at 6 p.m. CT.