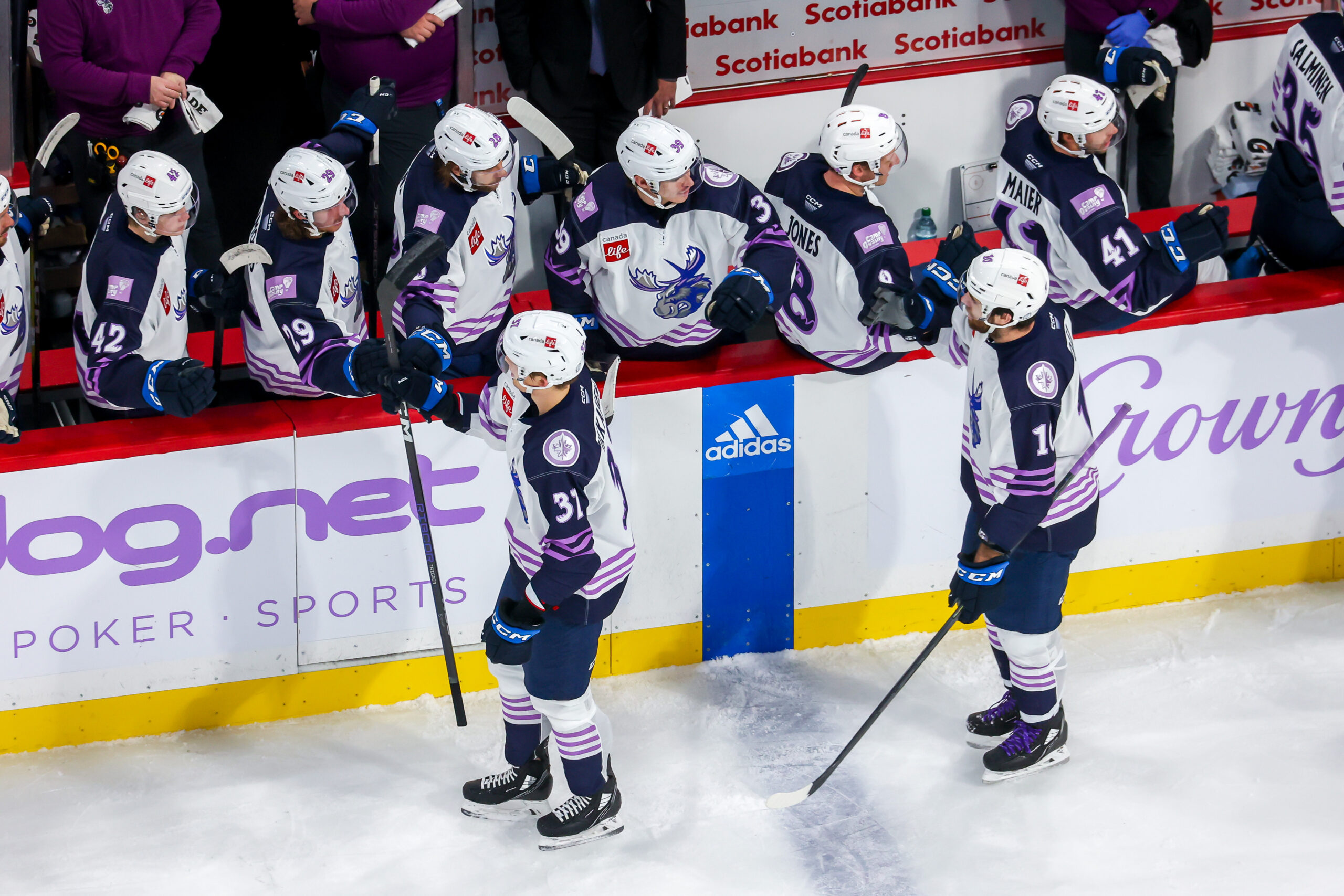 The Manitoba Moose (7-3-1-0) rematched with the Calgary Wranglers (6-5-1-0) Sunday afternoon at Canada Life Centre. It was the second of two games on the weekend between the Moose and Wranglers. Manitoba was coming off a 3-2 regulation loss against Calgary on Friday.

Calgary opened the scoring in the first. With Manitoba on a five-on-three penalty kill, Cole Schwindt used the extra space and picked the far corner past Moose netminder Oskari Salminen. Calgary pushed further ahead five minutes later as Emilio Pettersen gained the zone and fired a hard shot through a screened Salminen. Oscar Dansk kept the Moose off the board with 13 total saves as the first period expired.

Manitoba struck back prior to the two-minute mark of the second. Nicholas Jones fed Cole Maier in front and the forward golfed a shot past Dansk to put Manitoba on the board. The Wranglers restored their two-goal lead 10 seconds later with a distance tally from Pettersen for his second of the contest. That marker prompted Arvid Holm to take over the Moose crease. Six minutes later the Moose pulled within a goal as Henri Nikkanen sprinted down the ice and beat Dansk under the arm with a shot. With less than a minute to go, the Moose tied the contest after a good shift of pressure that led to Chaz Lucius batting home his second of the season. Both squads retired to their dressing rooms with the score tied and Moose ahead in shots 24-23.

Calgary and Manitoba remained locked at three goals apiece as the third period ticked down. Both sides had chances to pull ahead in the final frame, but Holm and Dansk were up to task. The horn sounded to end the third period and begin the start of overtime. 33 seconds into the extra frame, the Moose struck for the win as Leon Gawanke redirected a Ville Heinola feed past Dansk. Holm, who entered the game in relief in the second, finished with 24 saves and notched the win. Dansk made 29 stops for Calgary and ended with the loss.

“I think the biggest thing in our locker room is to not lose two in a row. I think that’s a big thing that’s preached. Obviously today we won the game and we’re really happy with it. It felt good to get one today, but the team getting the win was the biggest thing.”

Manitoba heads on the road to face the Texas Stars at H-E-B Center on Friday, Nov. 18. Puck drop for is slated for 7 p.m. You can also catch the game on CJOB.com/sports, the new Winnipeg Jets App, and AHLTV.