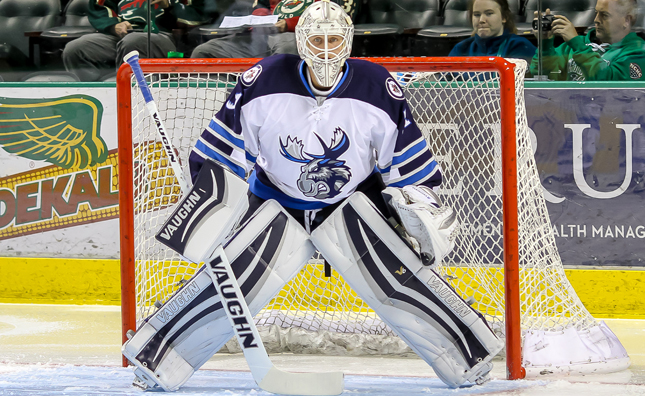 The Manitoba Moose announced today that they have reduced their roster by five players following the club’s two pre-season games this past weekend.

Goaltender Jussi Olkinuora has been re-assigned to Manitoba’s ECHL affiliate the Tulsa Oilers.

The moves leave the Moose with 26 players on their roster as they approach the regular season.

The Moose open their 2015-16 AHL regular season schedule this Friday, Oct. 9 when they travel to face the Toronto Marlies at 6 p.m. CT.

AN UPDATED FULL ROSTER CAN BE FOUND HERE