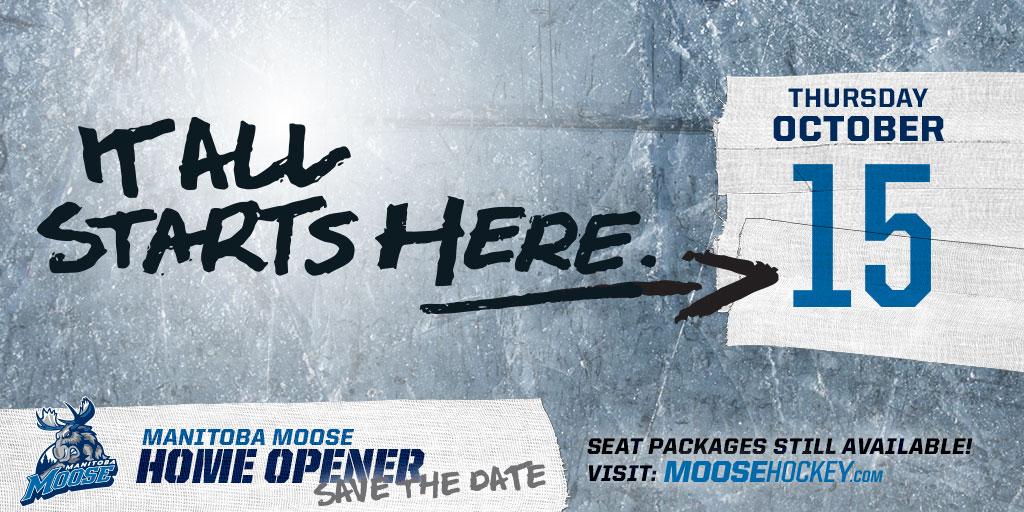 With just over two months remaining until the start of the AHL Season the Manitoba Moose are excited to announce their home opener for the upcoming 2015-2016 regular season.

The highly-anticipated second campaign of the Manitoba Moose at MTS centre is set for Thursday, October 15th, 2015.

Stay tuned for the full schedule release in mid-August.

At the current time, tickets for the Home Opener can only be obtained by purchasing a full season seat package or mini pack available through MooseHockey.com!