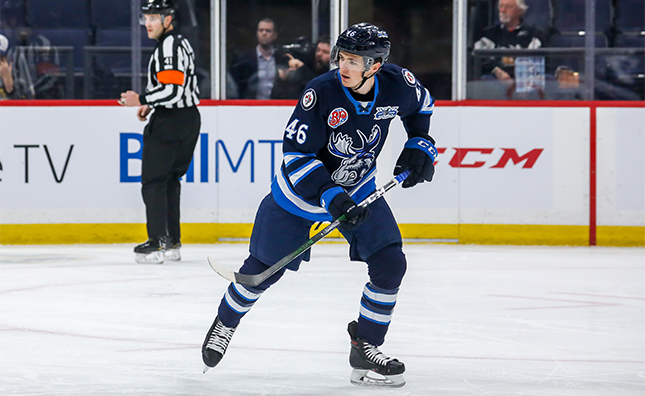 The Manitoba Moose Hockey Club announced today the team has re-signed forward Bobby Lynch to a contract for the 2020-21 season.

Lynch, 21, has played in three games for the Moose this season. The Grand Blanc, Mich. product also tallied 28 points (14G, 14A) in 51 games for the ECHL’s Jacksonville Icemen during the 2019-20 campaign. The forward finished his rookie ECHL season tied for first on Jacksonville with six power play goals and tied for third with 14 total markers. Prior to turning pro, Lynch racked up 53 points (21G, 32A) in 61 games with the USHL’s Muskegon Lumberjacks during the 2018-19 campaign. Lynch spent the two previous seasons in the QMJHL where he totalled 76 points (30G, 46A) in 104 games with the Drummondville Voltigeurs.