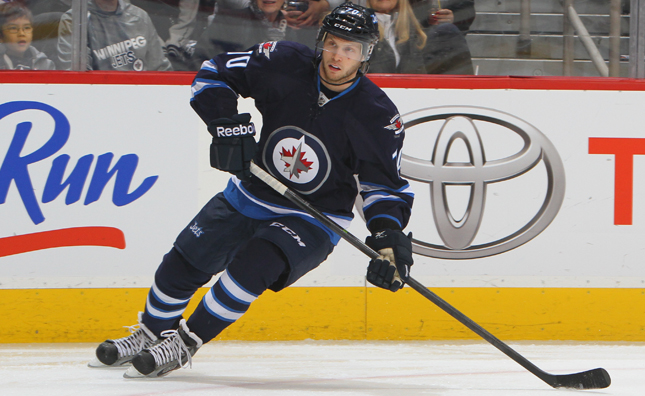 The Manitoba Moose, the American Hockey League affiliate of the Winnipeg Jets, today announced they have agreed to terms with forwards John Albert and Ben Walker on AHL contracts.

John Albert (photo above), 26, had 42 points (16G, 26A) in 66 games for the Jets’ previous AHL affiliate, the St. John’s IceCaps last season. The Cleveland, OH native has spent the past four seasons with the IceCaps where he has registered 119 points (56G, 63A) in 217 games. Albert was drafted in the sixth round, 175th overall by Atlanta in the 2007 NHL Draft. He played nine games for the Jets during the 2013-14 season where he registered one goal.

Ben Walker, 22, recorded four points (1G, 3A) and 27 penalty minutes in 36 games for the IceCaps in his first year of pro hockey last season. The Edina, MN native recorded 140 points (51G, 89A) in 176 games over three seasons with the Victoria Royals of the WHL. Walker was originally signed as an undrafted free agent by the IceCaps prior to the 2014-15 season.