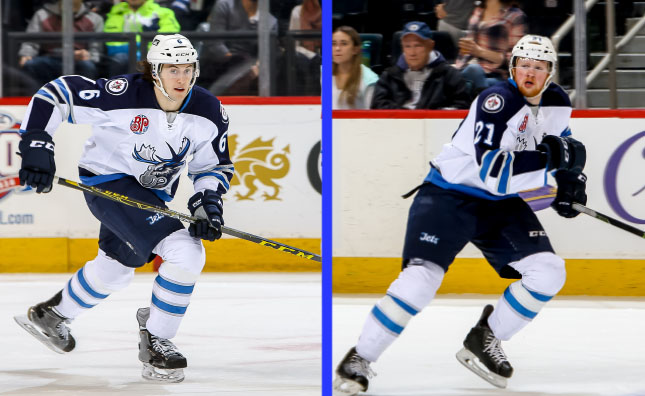 The Manitoba Moose hockey club announced today that they have signed defenceman Jake Baker to a professional tryout agreement and they have re-assigned forward Ben Walker to their ECHL affiliate, the Tulsa Oilers.

Baker, 24, played in two games for the Moose this season during a previous stint where he recorded an assist.

The native of Port Moody, BC has played 50 games for the Quad City Mallards of the ECHL this season where he has recorded two goals and eight assists for 10 points.

Walker, 22, has played four games with the Moose this season where he has recorded four penalty minutes. He has previously played 32 games with Tulsa this year recording seven goals and four assists for 11 points.

The Moose begin a two-game series against the Grand Rapids Griffins on Friday, Mar. 11 at the Van Andel Arena at 6 p.m. CT.